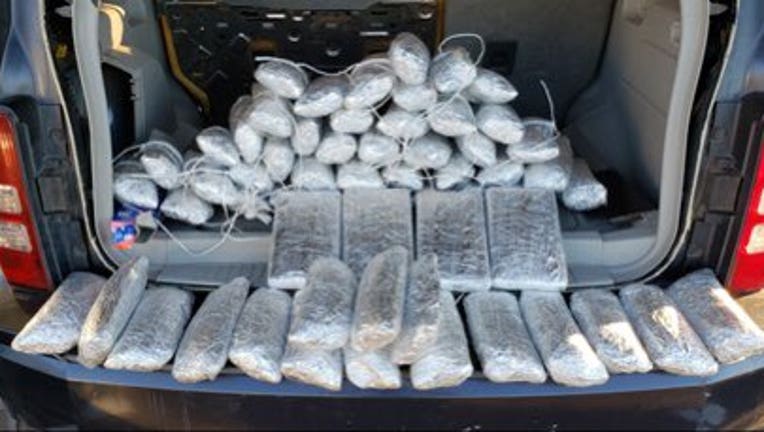 On February 2, officials say a Border Patrol canine alerted to an odor originating from a blue Jeep Liberty. Agents later discovered 60 packages of methamphetamine and five packages of Fentanyl hidden inside the vehicle.

According to CBP, the vehicle's driver, a 29-year-old U.S. citizen from California, was carrying heroin and drug paraphernalia. She's accused of transporting a controlled substance.

The meth weighed almost 73 pounds and has a street value of over $167,000, according to officials. 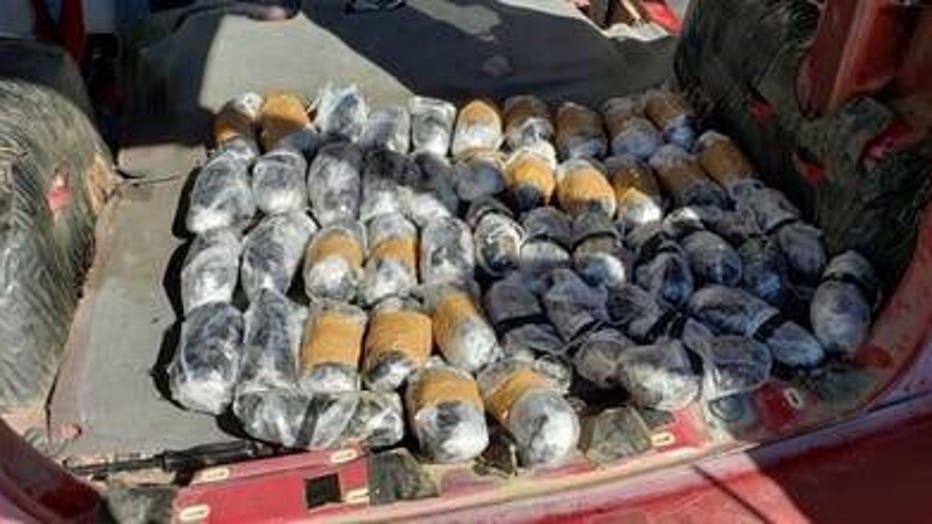 On February 3, a Border Patrol canine alerted to an odor coming from a red Chrysler PT Cruiser. During a secondary inspection, agents discovered 56 packages of meth in the vehicle's quarter panels and inside the spare tire.

The vehicle's driver, a 22-year-old male U.S. citizen, is accused of transporting a controlled substance.

Both drivers were arrested. Their names have not been released.