Whether you know him as a hall of fame coach, broadcasting legend or the face of the NFL’s video game franchise, chances are you know who John Madden is.

This Christmas, FOX will bring him to you in a new documentary airing ahead of the matchup between the Green Bay Packers and Cleveland Browns. Airing on Saturday, Dec. 25 at 2 p.m. ET, "ALL MADDEN" features never-before-scene footage of the NFL legend as well as his first on-screen interview in over a decade.

"John Madden personifies the essence of what we at FOX Sports are all about – undying love for football, innovation and fun," said Eric Shanks, CEO and Executive Producer of FOX Sports. "Holiday broadcasts and Madden go hand-in-hand, so we’re thrilled to debut ‘ALL MADDEN’ on Christmas. It’s going to be a special day."

The film was co-directed by Tom Rinaldi and Joel Santos, who said they jumped at the opportunity to tell Madden’s story.

"John Madden is an American original, from the sideline to the broadcast booth and far beyond, with a career that reaches into the heart of our country’s popular culture," Rinaldi said. "We're honored to celebrate his enduring legacy with this documentary tribute."

Madden’s playing days ended with an injury in his rookie year with the Philadelphia Eagles in 1958. But he quickly transitioned into coaching in 1960.

In less than a decade, he’d climbed the ranks from Allan Hancock College to San Diego State all the way to head coach of the Oakland Raiders. 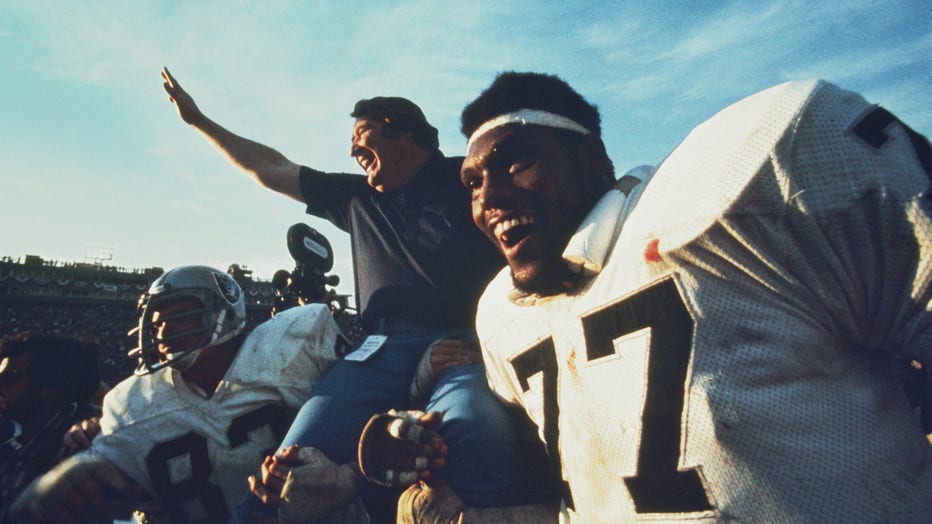 Raiders' head coach John Madden celebrates in the Oakland 32-14 win over the Vikings at the Super Bowl XI game of the Oakland Raiders vs the Minnesota Vikings played at the Rose Bowl in Pasadena, California on January 9, 1977. (Photo by Dennis Despro

In 10 seasons, he amassed 102 wins in his career with just 32 losses and seven ties. He led the Raiders to a Super Bowl championship (XI) and was named the AFL coach of the year in 1969.

And when his coaching career ended in 1979, he launched a career as a color commentator that saw him win 16 Emmy Awards.

When EA Sports needed someone to be the face of their football video game franchise, Madden lent his face, voice, personality and name.

Older fans will remember Madden as an all-time great coach, but there’s an entire generation too young to have ever watched him call a play or to remember hearing him call a game.

The directors hope this film bridges those generations together, which is why they interviewed current young stars like Patrick Mahomes and Lamar Jackson.

"One of the first things we asked (Jackson) was if he knew John Madden the coach and he went right into, ‘Man, I watch all the old NFL films and I’ve seen Vince Lombardi and John Madden being hoisted up on shoulders, so I knew he wasn’t a waterboy, so I knew he was special,’" Santos said of his interview with Jackson.

Jackson was the cover athlete of Madden 21, an honor few players have had — and one Santos said nearly rendered Jackson to tears. 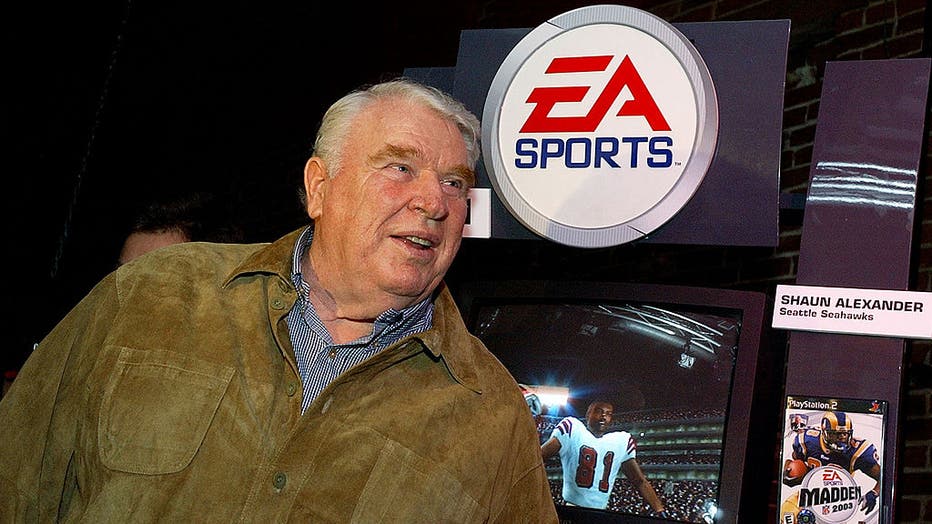 "To see the joy in (Jackson’s) eyes and to be able to speak freely and talk about how as a kid playing the game, he actually learned football," Santos said. "John says it too. And Michael Vick says it as well. You can learn the game of football."

Jackson is just one of many NFL stars and legends to take part in the film.

The directors said Belicheck is not known for expanding on his answers to the media, but he opened up completely when speaking about Madden. They allotted half an hour to speak with Belichick.

When that 30 minutes had passed, Belicheck kept going for another 15 minutes.

"He just had so much to say about John, their relationship, the stories, little things," Santos explained. "Like, he loved the fact that John Madden was one of the first announcers to notice how the ref spots the ball — whether it's with his right foot or left foot —  is going to make a difference on if its a first down or not, on a short-yardage play." 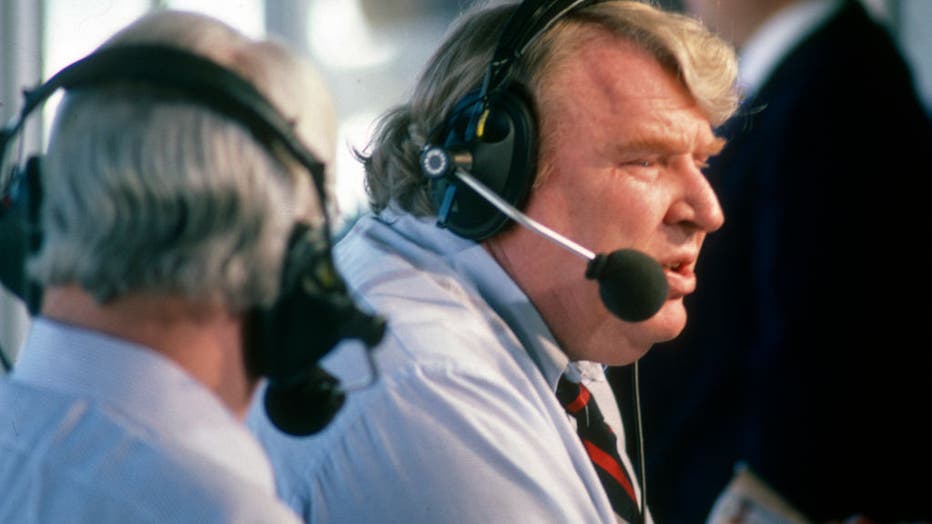 CBS NFL commentator Pat Summerall (L) and NFL analyst John Madden (R) on the air prior during an NFL Football game circa 1986. (Photo by Focus on Sport/Getty Images)

That was Madden’s style in the broadcasting booth. He was known for drawing up schemes and explaining exactly what was happening on the field to the viewers. It’s the same approach he took when he taught football to students at Cal Berkley.

It’s found in his video games, teaching countless young children the basics of football. And Santos said it can be found throughout this documentary.

"I think that’s one of the things a lot of people don't really understand is John Madden was a teacher first," Santos said. "He took that teaching aspect into his coaching. And then he took that into the broadcast booth and really tried to inform the viewer with the telestrator and get their eyes where they need to be to understand what's happening."

"And then he took that into the video game."