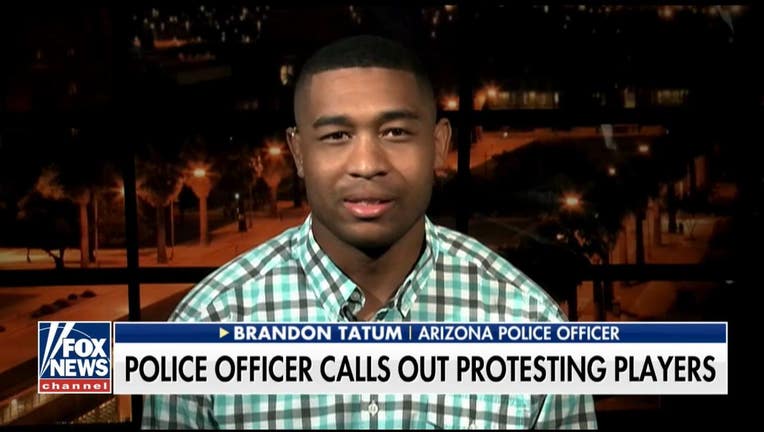 (FOX News) -- An Arizona police officer is going viral after he slammed "crybaby" NFL players who refuse to stand for the national anthem. In a video posted to YouTube, Tucson Police Officer Brandon Tatum said the anthem and the American flag represent hard work, dedication and sacrifice.

He said that NFL athletes play a game for a living, while real heroes in the real world risk their lives to protect the United States and its citizens.

On "Fox & Friends," Tatum said he posted the video, which has been viewed tens of thousands of times, because he believes disrespecting the flag and anthem is "spitting in the face" of those heroes.

"It makes me very upset, and I believe it's unacceptable," Tatum said.

Watch the latest video at video.foxnews.com