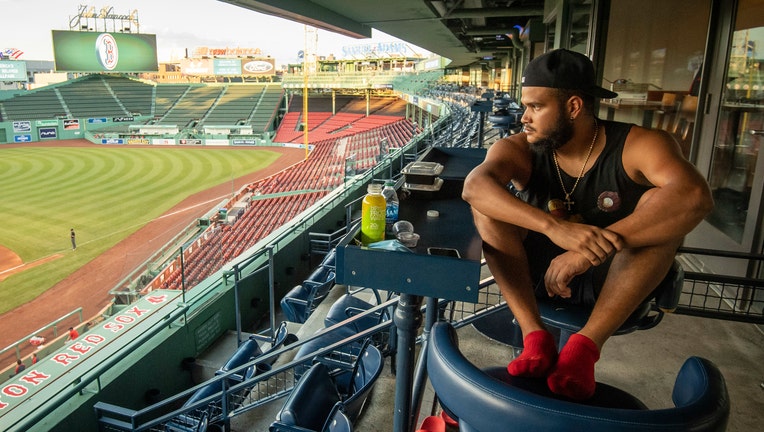 He has been on the injured list since mid-July and has not pitched this season.

"In the course of monitoring Eduardo after his return, we discovered that he was showing evidence of myocarditis, which is an inflammation of the heart, and fortunately, the severity of that complication looked mild," Red Sox chief baseball officer Chaim Bloom said before Saturday night's game against the Yankees.

"We were optimistic that it would resolve in short order and that we would be progressing back to pitching. As we've continued to monitor it, it has not resolved. It is still there," he said.

Rodriguez was a career-best 19-6 last year with a 3.81. The Red Sox said July 7 the the 27-year-old had tested positive for COVID-19. He returned July 18, but the team said five says later that an MRI revealed an issue that turned out to be the heart condition.

"We are confident that he is going to make a full recovery and that his long-term prognosis is excellent," Bloom said. "But the fact of the matter is that there just isn't enough time left this season to safely ramp him back up to pitching."

Bloom five times described the condition was "mild." Boston received the medical update Friday night and Rodriguez told his teammates during a Zoom call on Saturday.

"Here's one of the best pitchers in the game last year and he's not able to perform on the field," Red Sox manager Ron Roenicke said. "You're more at risk when you're older, but it hits the young pretty hard, too, at times. And Eddie just, unfortunately, is one of those guys that it hit hard, and to get to lose an entire season, it's pretty rough on anybody."

Rather than travel with the team, Rodriguez will return to his home in Florida.

"While the heart is is affected like this, we just can't responsibly put any this kind of cardiovascular load on him," Bloom said. "So once it once it resolves, we'll be able to progress him back."

Mark Carman from WGN Radio 720 talks about the status of Major League Baseball merely days into the truncated season.

"When you look out over the course of the season, it certainly makes the mountain a little higher," Bloom said. "We will continue to obviously monitor the market and make sure we're not walking by any opportunity to upgrade our group."

He expects Rodriguez will make a full recovery.

"This case, while it's something that is persistent, is not something that has that has impacted or damaged the functioning of his heart," Bloom said. "Now myocarditis following COVID, it is obviously not something that the medical community has a lot of data on because the virus itself is new, much less in an athlete."