The tornado touched down northwest of Dayton, Ohio, Wednesday evening before moving into Tipp City.

TIPP CITY, Ohio - Bayley Nandety thought it was all over when a tornado hit the building he had just walked out of.

The tornado touched down northwest of Dayton, Ohio, in Miami County Wednesday evening before moving into Tipp City.

A man started filming Wednesday evening as a tornado formed right in front of his Tipp City, Ohio home.

Nandety and his coworker Rae’qwan Scott had just finished their overtime shift at Meijer distribution center.

"We’re on our way back to our cars and heard the siren and felt the winds," Nandety said.

The two quickly jumped into his car for protection. 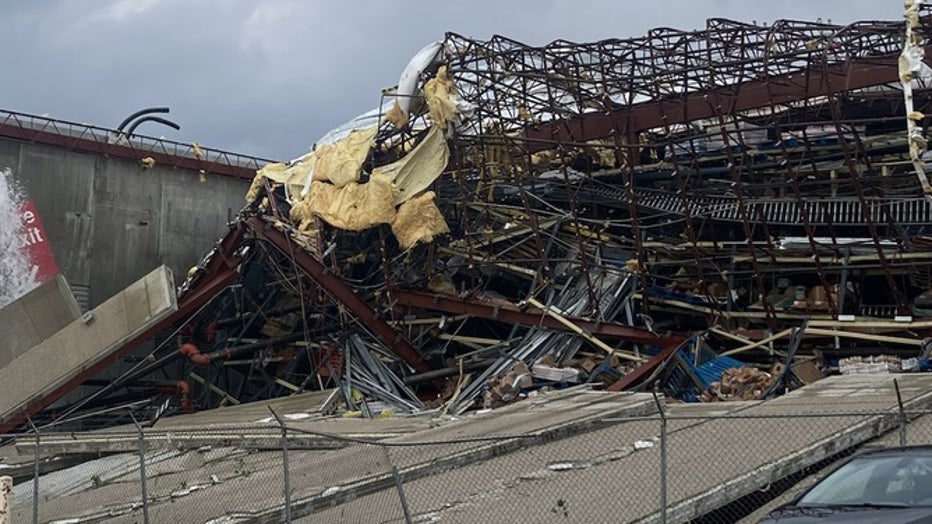 "We thought we were going to get swept away, but the winds just got so strong as we were in the car," Nandety explained. "The storm hit probably 100 feet away from us."

He said the moment was surreal as he watched the tornado take out part of the warehouse.

"It was like a movie the way the building started to deconstruct," Nandety said.

NO INJURIES DESPITE TORNADO DAMAGE IN OHIO VALLEY

And while his car didn’t take a direct hit, he could feel the power of the winds.

"I just could feel the intensity of the storm shaking the car," Nandety explained. "Me and him were literally feet away from dying." 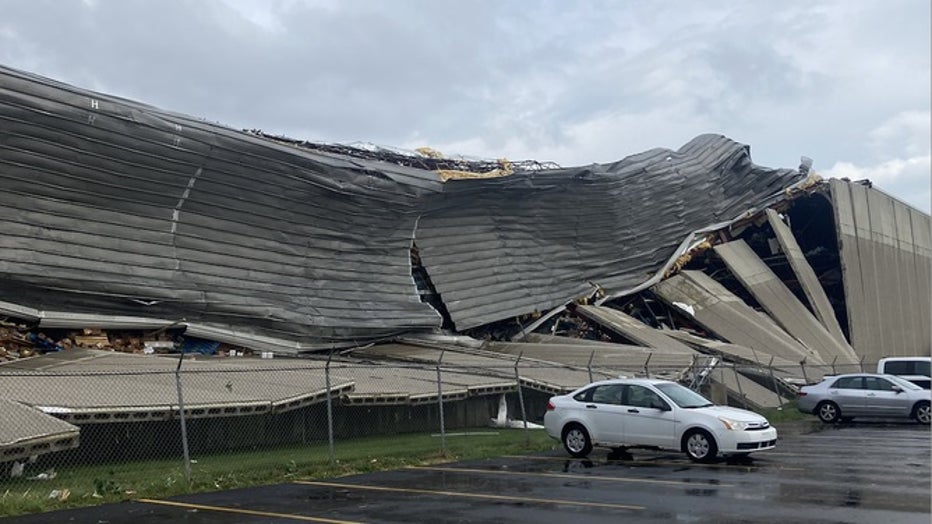 Thankfully, Nandety and Scott walked away without a scratch, just a little shaken up.

"It’s just crazy to think we were literally walking right through that section to exit the building just a couple minutes before all of this happened," he said.

No one was reported injured in the distribution center.

Videos from across the city show it violently moving through town.

Town officials say they are working to restore power as crews have seen "varying levels of damage" throughout the town.

As for Nanedty’s next shift, the worker says he'll have to report back on Thursday.

"They are having us go back to work tomorrow," he laughed. "I’m not sure how that’s gonna work since we don’t have a roof over our building section."

HOW ARE TORNADOES RATED?

On Thursday, the National Weather Service in Wilmington began assessing the damage to determine the strength of the tornado. The initial survey found the damage was caused by an EF-2 rated tornado.