Supporters of a proposed ballot initiative that aims to expand voter registration, protect mail-in voting, early voting, and ballot privacy, among other things, have submitted signatures to the Secretary of State's office in hopes of placing the measure on the November ballot. FOX 10's Brian Webb reports.

PHOENIX - The battle continues over how votes will be cast and counted in Arizona’s upcoming elections, with the latest effort happening on July 7, as nearly a half million signatures were delivered to the Secretary of State's office, in hopes of getting new voting rules on the November ballot.

"500 boxes filled in 150 days, because people believe that we should have a say what happens in our communities, and that democracy belongs to the people," said Maria Teresa Mabry with Arizonans for Fair Elections.

Supporters of Arizonans for Fair Elections are trying to get their initiative on the November ballot. The measure, if it makes it onto the ballot and subsequently passed by voters, would expand registration, protect mail-in voting, early voting, and ballot privacy. The measure will also prevent politicians from overturning a presidential election, among other things.

"This legislative session, we have witnessed over 100 pieces of voter suppression legislation," said Roy Tatum with Our Voice Our Vote. "They try to call election integrity, which is a lie."

Republicans have recently enacted several laws in several states to tighten voter rolls, via mechanisms like monthly voter roll purging, requiring proof of citizenship to vote, and rejecting ballots based on errors or omissions.

While the deadline has passed for Arizona residents to register to vote, there's still time for people to get a mail-in ballot for both the primary and general elections.

Several legal challenges are expected in the coming months over the signatures that were delivered, but they will need to be wrapped up before the ballots are printed, and start going out on October 12.

The effort to require transparency among backers of candidates and ballot measures marks the third effort by Democratic former Attorney General Terry Goddard and others to get his measure on the ballot. They turned in many more than the required 237,645 signatures.

The measure seeks to require any organization spending more than $5,000 to identify all donors, with big penalties for failing to do so.

"The fact that we were able to surpass the requirement by over 137,000 voters is a testament to the growing appetite amongst voters to be informed," Goddard said in a statement. "They want to hold the individuals responsible for funding the messages that inform their decisions on Election Day accountable."

The third measure is being pushed by a progressive group called Healthcare Rising Arizona, which is backed by the Service Employees International Union.

The initiative, if enacted, would raise the amount of assets shielded from bill collectors, raising the homeowners’ homestead exemption from $150,000 to $400,000, with annual adjustments, and boosting the value of autos that can be kept. It also limits interest rates on medical debts and increases the amount of cash that can be kept from $300 to $5,000.

All will be on the November ballot if the qualifying signatures are verified, barring court challenges, which have become a common tactic from opponents of ballot measures. 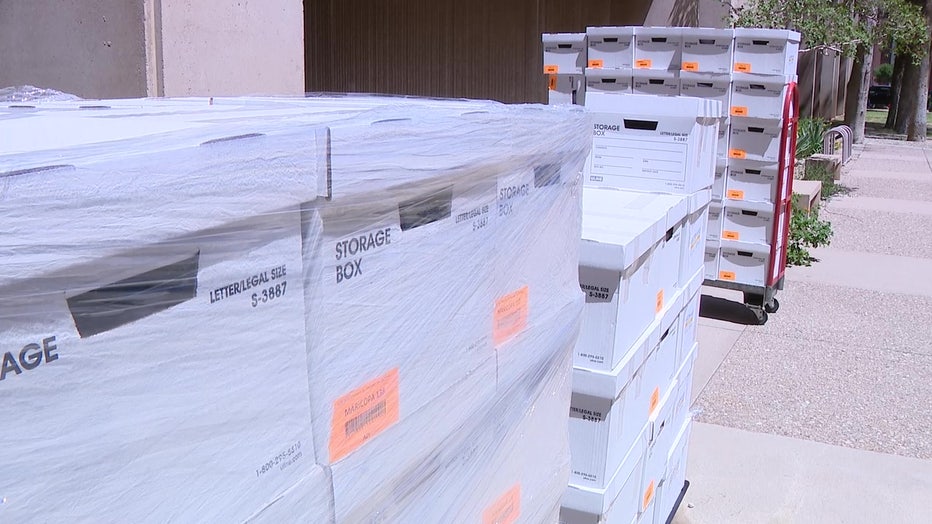