Arizona abortion initiative fails to make it to 2022 ballot

A group seeking to get abortion rights on the Arizona ballot has failed to collect enough qualifying signatures for the 2022 midterms.

PHOENIX - Supporters of an initiative that aims to protect abortion access by amending state law have failed to collect enough signatures to place the initiative on the November 2022 election ballot.

According to a statement issued by officials with Arizonans for Reproductive Freedom, more than 34,000 volunteers collected over 175,000 signatures in the course of 61 days. However, figures from the Arizona Secretary of State's office show supporters of the measure need to gather at least 356,467 signatures in order to qualify the measure for the November ballot.

Initiative proponents often aim to collect at least an extra 30% over the minimum as a buffer.

Measure would have protected abortion access and other ‘reproductive freedoms’

The measure, according to supporters, would give Arizonans a "fundamental right to reproductive freedom," including but not limited to "prenatal care, childbirth, postpartum care, contraception, sterilization, abortion care, miscarriage management, and infertility care."

The measure would also forbid any state or local political subdivisions to "penalize, frustrate or otherwise interfere with the exercise of the right to reproductive freedom," including a person's "access to contraception; pre-viability medical and surgical termination of pregnancy; or medical and surgical termination of pregnancy when necessary to preserve the individual's health or life."

Organizers say they are now focusing on 2024

Officials with Arizonans for Reproductive Freedom say they are confident they will be able to place the measure on the 2024 election ballot.

"This campaign will not stop until abortions are once again legal and accessible across Arizona," said campaign treasurer Shasta McManus.

Supporters say their measure is one of only two citizen-driven initiatives in Republican Party-controlled stats that aim to enshrine abortion rights in state law.

Abortion currently banned in most cases in Arizona

According to Arizona Attorney General Mark Brnovich, abortion, under most circumstances, are now banned in the state due to a law that dates back to a time when Arizona was a U.S. territory.

On June 29, Brnovich tweeted that his office has "concluded the Arizona Legislature has made its intentions clear regarding abortion laws."

Related Story: Abortion now banned in most cases in Arizona, Attorney General says: Here's what to know about ARS 13-3603

ARS 13-3603 refers to a section of Arizona law that bans abortion in all cases except to save the woman's life.

"The 1901 law is directed at someone who does supply provide or administer those drugs or medicine with the intent to induce a miscarriage, so it’s not directed at the pregnant woman herself," said Emily Ward with law firm Fennemore Craig.

According to the Associated Press, the law dates back to at least 1901, 11 years before Arizona became a state.

ARS 13-3603, and by extension, abortion in Arizona, became a focus following a decision by the U.S. Supreme Court to overturn the landmark 1973 Roe v. Wade ruling.

The overturning of Roe means individual states now have the final say on the matter of abortion.

Related Story: Roe v. Wade: What to know about the now-overturned abortion ruling, and what's next for Arizona 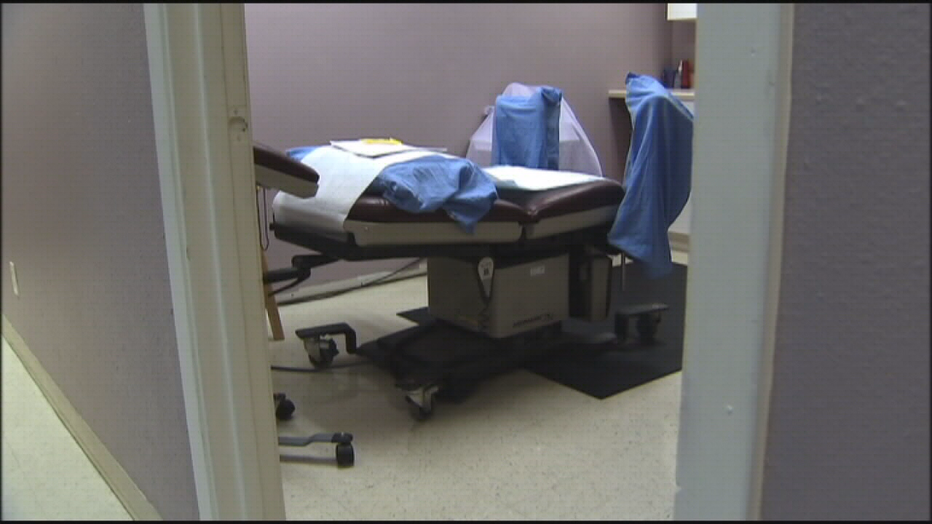