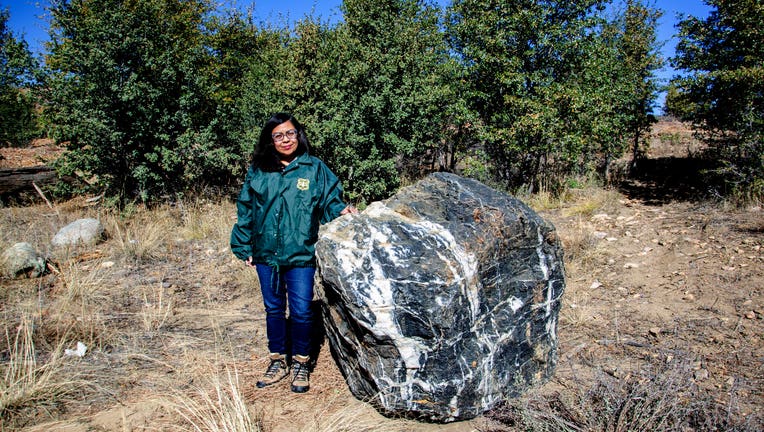 PRESCOTT, Ariz. - A well-known boulder called Wizard Rock that was taken from the Prescott National Forest two weeks ago has unexpectedly returned.

On Friday morning, a national forest employee was patrolling the Prescott Basin when they discovered that the missing boulder had been returned.

“We are thrilled the Wizard Rock was returned, and are grateful that whoever took it was conscientious enough to give it back to the public," said Sarah Clawson, district ranger for the Bradshaw Ranger District.  "National Forests provide so many benefits to the American people, and when something like this happens, it highlights the intrinsic value of natural beauty in all its forms.”

The 1-ton black boulder has a white quartz vein running through it and whoever took it had to have used heavy equipment to move the nearly 2,000-pound rock.