WICKENBURG, Ariz. (AP/FOX 10) - Authorities say two drivers, including one of a UPS semi-truck, are dead after their vehicles crashed head-on just north of Wickenburg.

He says the preliminary investigation indicates a semi-truck heading south crossed the center median for an unknown reason.

The semi collided with a UPS semi-truck traveling in the northbound lane. 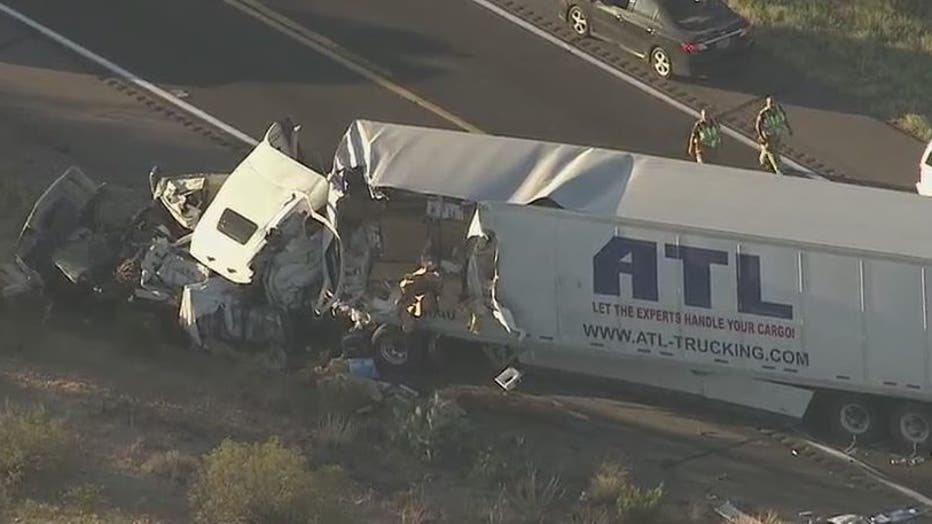 Both drivers were pronounced dead at the scene. Their names have not been released.

US-93, which connects Phoenix and Las Vegas, was closed in both directions for several hours.