The search continues for two kids who used to live in the Valley, and are now considered missing along with their parents. FOX 10's Matt Rodewald reports.

PHOENIX - The search is on for two kids from Arizona who've been missing since September. Their newlywed parents, also now missing, both of their spouses died within months of each other, one death is considered suspicious.

She died in October in Idaho but was buried in Utah. The cause of death went from natural to suspicious. Not too long after Daybell dies, her husband Chad Daybell marries a woman named Lori Vallow.

She's the mother of the two missing children, Joshua Vallow, 7, and Tylee Ryan, 17.

Police say the newlyweds never reported them missing and that they haven't cooperated in the investigation. Now they're completely off the grid. 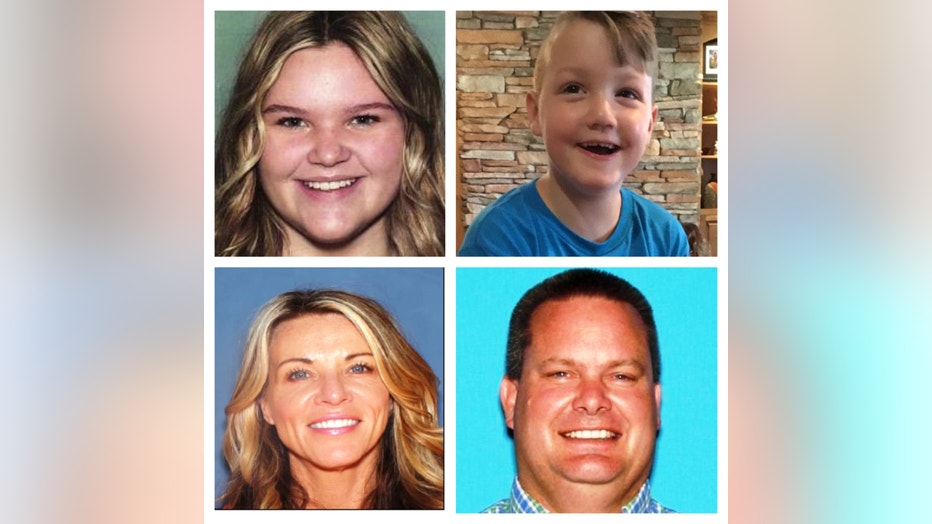 "All we simply want is JJ back," said Larry Woodcock, the missing kid's grandfather. "We just miss him so much."

Larry and Kay Woodcock remember seeing their grandson Joshua on FaceTime in August. They fear that may have been the last time they speak to him again.

Joshua, known as JJ, was adopted into the Vallow family. He has autism. He and his older sister Tylee, are now at the core of an FBI investigation. Lori moved them from Arizona to Idaho just before they went missing in late September.

"Just show me JJ, show me Tylee, let us see that those kids are OK," their grandfather pleads.

Now authorities are searching for Lori and her new husband, Chad.

Chad's first wife, 49-year-old Tammy Daybell, died on Oct. 19. Doctors called her death natural and she was buried in Utah three days later. But, the Fremont County Sheriff's Office in Idaho recently exhumed her body and is now calling it a suspicious death investigation.

On Nov. 26, the Rexburg Police Department did a welfare check for JJ and Tylee, but say Lori and Chad gave false statements on their whereabouts.

The next day, police served a search warrant at the Idaho home, but say they found nothing suspicious.

Her brother then died less than two weeks ago. We confirmed Gilbert Police are investigating his death.

But, who is Chad Daybell? According to his website bio, he's a religious author who's written several books.

Brandon Boudreaux has known the Vallow family for years since he married into the family. He noticed Lori drastically changed after meeting Chad.

Kay Woodcock, the kid's grandmother, says of Lori's change in personality, "To think that within the last two years she has completely changed into a monster, I'm making an understatement."

Boudreaux said fighting back tears, "They're both just innocent and they didn't deserve to be involved in any of this."

'WE'VE GOTTEN THE RUNAROUND FROM THEM'

"I believe they were married within several weeks of when Chad's wife had passed away, which is alarming and unusual as well. After they caught on that we were trying to do welfare checks into the children and were digging into it, they abruptly moved from their residence here."

He said Lori and Chad were given several chances through family and personal contact to let investigators know the children were OK, but they never did.

An attorney for Chad and Lori Daybell released a statement to FOX 10 on their behalf:

Chad Daybell was a loving husband and has the support of his children in this matter. Lori Daybell is a devoted mother and resents assertions to this contrary. We look forward to addressing the allegations once they have moved beyond speculation and rumor.

Police say JJ and Tylee could be in either Idaho, Arizona or even Utah. Lori and Chad aren't suspects in their disappearance, but they are wanted for questioning.

If you have any information, call the National Center for Missing and Exploited Children.

The search is on for two kids from Arizona who've been missing since September. Their newlywed parents, also now missing, both of their spouses died within months of each other, one death is considered suspicious.