A North Texas three-year-old girl is recovering from a traumatic brain injury and facial fractures after a freak accident with a horse.

PARKER, Texas - A North Texas three-year-old girl is recovering from a traumatic brain injury and facial fractures after a freak accident with a horse.

Kristen Ainsworth operates Blackstone Equestrian in Parker, east of Plano, and said the day of the mishap was one of the most traumatic as a horse trainer and mother.

"I’ve been here since I was six and we’ve never had an accident like this," she said.

Her spunky 3-year-old daughter, Brooklynn, who normally isn’t with her while she works, happened to be at the arena that day.

"She locked eyes on me and went, ‘Mommy’ and she started running into here," Ainsworth said.

A galloping horse tried to avoid Brooklynn, attempting to jump over her last second. It nearly succeeded, except for a powerful hind leg that kicked Brooklynn in the face.

"The doctors say if anything had been different by 1 millimeter we would’ve been looking at a totally different story," Ainsworth said.

The 40-pound toddler was no match for the force of a 2,100 pound horse in motion.

Brooklynn was rushed to Children’s Health Dallas where she spent 5 days in ICU, where teams of doctors addressing a traumatic brain injury and multiple facial fractures. They worried she’d lose an eye — but within days, Brooklynn was released. 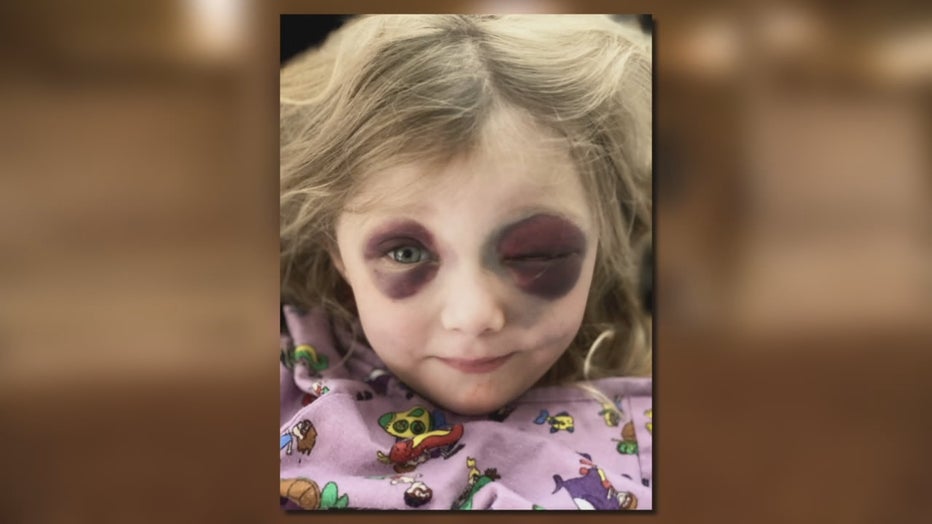 "It takes a village to recover from something like this and our village is so strong and so amazing," Ainsworth said.

Brooklynn is now back home but her recovery continues, including coming back to where it all happened and interacting with horses once again.

Ainsworth says Brooklynn has regained her memory of what happened, but whatever post-accident fear she might have had seems to be gone.

It’s an incredible recovery her horse-loving family is grateful for and marvels at.

"She’s a lucky kid. She had angels looking out for her for sure," Ainsworth said. 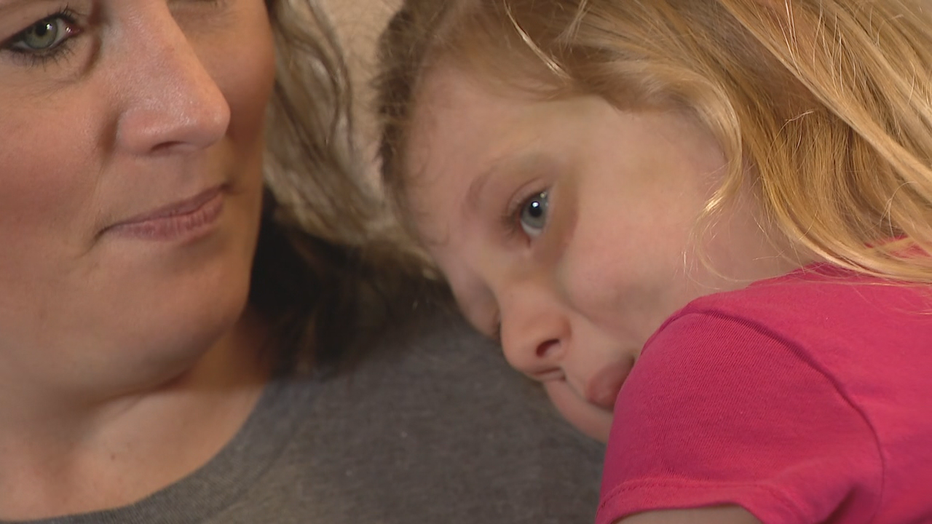