Terriance Armstrong Jr. made his first appearance in court on Feb. 18. He's accused of shooting and killing a 7-year-old girl in Glendale.

GLENDALE, Ariz. - A 7-year-old girl died at the hospital after she was shot in Glendale, police said on Feb. 17.

Police say officers were alerted to a shooting just after midnight near 65th Avenue and Bethany Home Road by ShotSpotter, which is a gunshot detection system that the department uses. Once at the scene, officers found a shell casing.

"As they were processing that scene, they got a call from a person involved, who said that they were at a local hospital and unfortunately, [a child] had been shot," said Sgt. Randy Stewart with the Glendale Police Department.

Officers went to the hospital and learned a woman and her two children, ages 7 and 5, were picking up her boyfriend at an apartment complex in the area where the shell casing was found when the incident began to unfold.

"At some point, there was an altercation as she was coming here to pick him up, and as they left, they shot at the vehicle and continued following it down the street," said Sgt. Stewart.

Someone inside the suspect vehicle then opened fire, hitting the 7-year-old girl. She was taken to a hospital where she was pronounced dead. The 5-year-old girl was not hurt.

Family members have identified the victim as Letreese Moten. 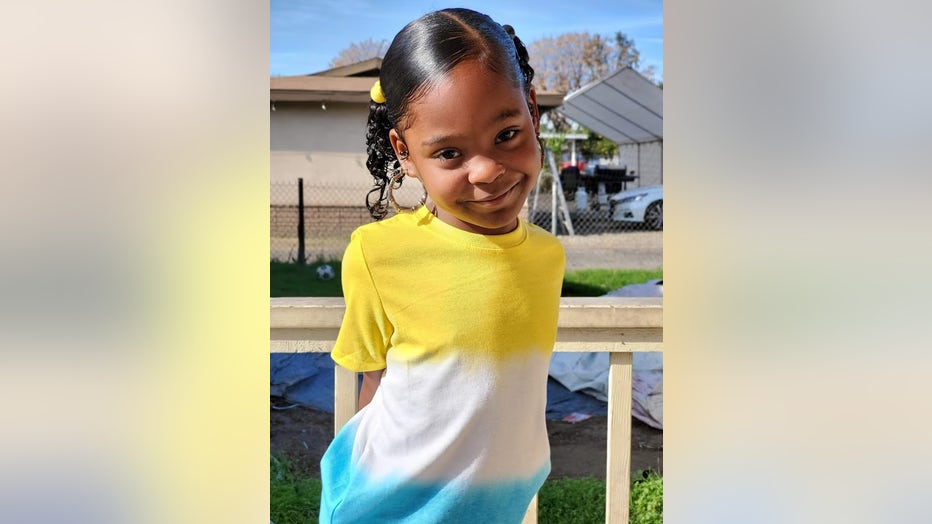 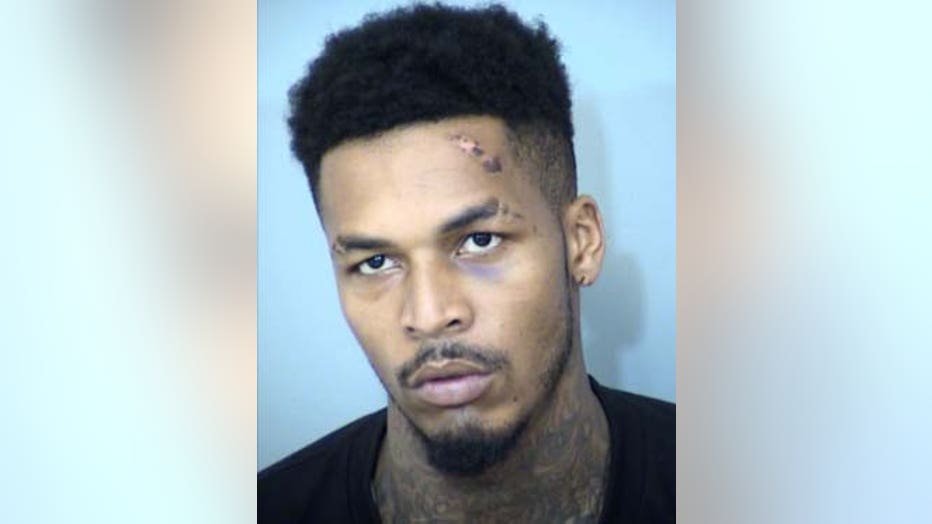 Hours after the shooting, police officials say the suspect was found in the area of 59th Avenue and Grenada. In a statement released at around 6:30 p.m., the suspect was identified as 29-year-old Terriance D. Armstrong Jr.

Armstrong was detained by detectives in Phoenix while he was in a Lyft vehicle with luggage, according to court documents. About 3,000 suspected fentanyl pills were found inside the luggage.

"Armstrong admitted to getting into an argument with the male," officials wrote, in the statement. "Armstrong told detectives he shot multiple rounds from his handgun at the victim vehicle."

Officials said evidence related to the murder was found during a search of the car Armstrong was in at the time of the shooting.

Prior to his arrest, Armstrong was seen "wiping down [the] vehicle involved [in the shooting]," read a portion of court documents.

Armstrong has a prior conviction for voluntary manslaughter in Tennessee. He was booked into jail and is accused of multiple charges, including first-degree murder, aggravated assault with a deadly weapon, drive-by shooting, endangerment, and possession of a dangerous drug.

A 7-year-old girl died at the hospital after she was shot in Glendale, police said on Feb. 17.

Letreese Moten, or otherwise known as ‘Lay Lay,' as a happy, outgoing child, according to her uncle.

"Lay Lay was the type of person who was energetic and full of love. She was just a bright soul and a bright spirit who brought joy to everyone and it's just so tragic that this happened. It's just unbelievable," said Anthony Jones.

The family of Letreese say they were planning to take her ice skating for her eighth birthday next week. Instead, they're now planning her funeral.

"I hope [Armstrong] will ever see daylight again. The emotions are just so strong. It's hard to ccope. Just to have that attitude, that lack of remorse for what he did. I just don't get it, I really don't," Jones said. "She didn't have anything to do with that, she didn't deserve to die."

A GoFundMe has been established to help the family with funeral expenses.

Police said that a woman was picking up her boyfriend at an apartment complex near 65th Avenue and Bethany Home Road when he got into an altercation with people inside another vehicle. That altercation later led to a shooting that killed a young girl. Now, an arrest has been made in the case. FOX 10's Bailey Miller reports.

"It breaks my heart to know this," said Nene Cottrell. "We’re losing our babies over our stupidity as adults, so it does hurt."

People who live in the area say while they are not surprised at the gunfire, they are shocked that a little girl lost her life.

In the meantime, many are praying for justice for the little girl and her family.

If you have any information, you're asked to call Silent Witness at 480-WITNESS, or 480-TESTIGO for Spanish.