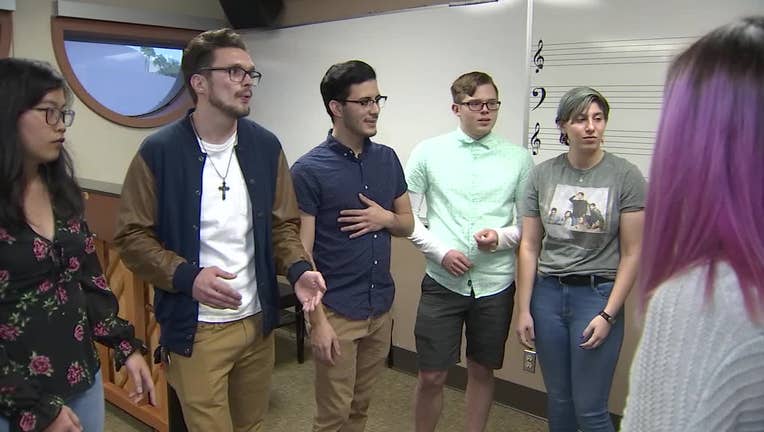 The Devil Clefs posted a TikTok video of them at practice in October. In the videos, the team was singing renditions of "I Don't Wanna Be You Anymore" and "When the Party's Over" by Billie Eillish.

The videos have gone viral, with millions of viewers so far.

The team was practicing on Wednesday, just like any other day, but a lot has changed.

"I still can’t believe it. My mind is completely blown," said Alexa Siegler.

"I have gotten at least 15 DMs from people in Russia, Hungary and UK and Brazil, people saying you guys are so good," said Kaitlyn Nielsen.

The group says they can't believe a video that only took five minutes out of practice has brought them international attention. They have been tweeted by celebrities, and they were even noticed in a Safeway store the other day!

As for Billie Eillish, the singer has yet to reach out to them.