Advocacy group says Phoenix is the most expensive city in the US to live, drive

Phoenix has some of the best weather in the country, and it is often said that it's affordable to live in the Valley. However, the city&nbsp;has just found its way to the top of one unexpected list by an advocacy group. FOX 10's Bailey Miller reports.

PHOENIX - According to the U.S. Census, Phoenix is one of the fastest-growing cities in the country, with so many residents moving here.

"We are probably at the lowest inventory I have seen in 20 years," said Lieb. "We are down to 12,000 homes now," said Bobby Lieb, an associate broker with HomeSmart.

Lieb says one of the reasons why so many people are moving to Phoenix is affordability.

"It is just because it is more conducive to families because they are going out there and get more for houses. You look at whole cost of living, it is way cheaper," said Lieb.

Phoenix has some of the best weather in the country, and it is often said that it's affordable to live in the Valley. However, the city has just found its way to the top of one unexpected list.

According to a study by the advocacy group Citizens Budget Commission, Phoenix is the most expensive city in the country to live and drive.

It says while other large cities, like New York City or Washington D.C., have the highest costs for housing and transportation, residents there also have a higher median income than Phoenix residents do.

Phoenix has been named the most expensive city to live and drive in, based on how much residents' income goes toward those two things.

Using data from 2016, the analysis found Phoenix households spend 27% of their income on housing, and 25% on transportation. 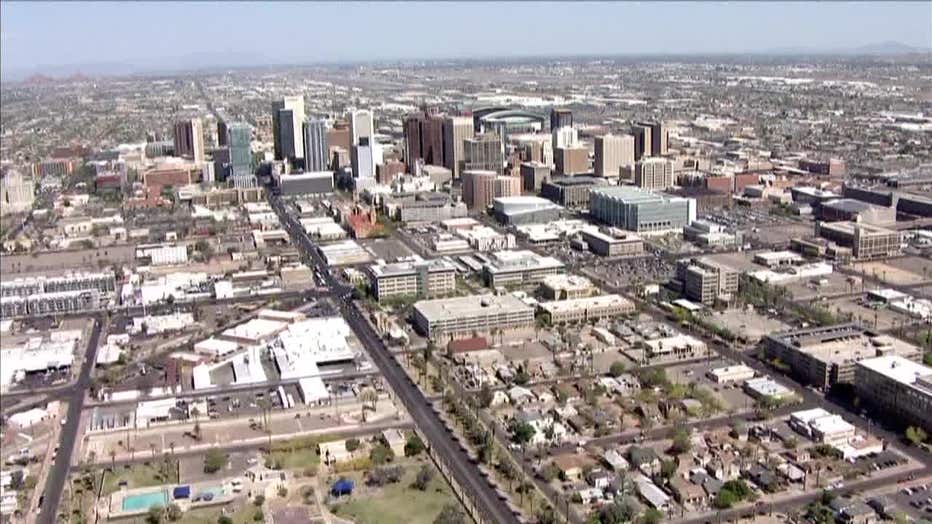 Lieb says even with this kind of data, the housing market in the city is booming, and says more people are buying now than ever. Lieb says Phoenix is sought-after, because it is still much cheaper than other areas in the country.

"It is so much cheaper to live here," said Lieb. "They get more house than California, than rest of the country, so it doesn't surprise me they are paying more, not only it's the cost, everything. It is the weather."

Lieb says a lot of people are moving to Phoenix from out of town, and named California as a big state where people are coming from. However, Lieb said right now, so many locals are buying in the city because interest rates are low, and they realize they want to stay.