SAN JOSE, Calif. - The head of global security for Apple is among the new defendants in a scheme in which coveted concealed-weapons were issued by the Santa Clara County sheriff's office in exchange for political donations, investigators said Monday.

That donation was scuttled at the last minute after they learned the DA was investigating the scheme, authorities said.

Ed Swanson, Moyer's attorney said his client "did nothing wrong and has acted with the highest integrity throughout his career. We have no doubt he will be acquitted at trial."

Swanson said Moyer was "collateral damage" in an ongoing dispute between the sheriff and the district attorney.

On that day, Sheriff Laurie Smith's family and some of her biggest political supporters held a celebration of her re-election at SAP Center during the game, Rosen said. 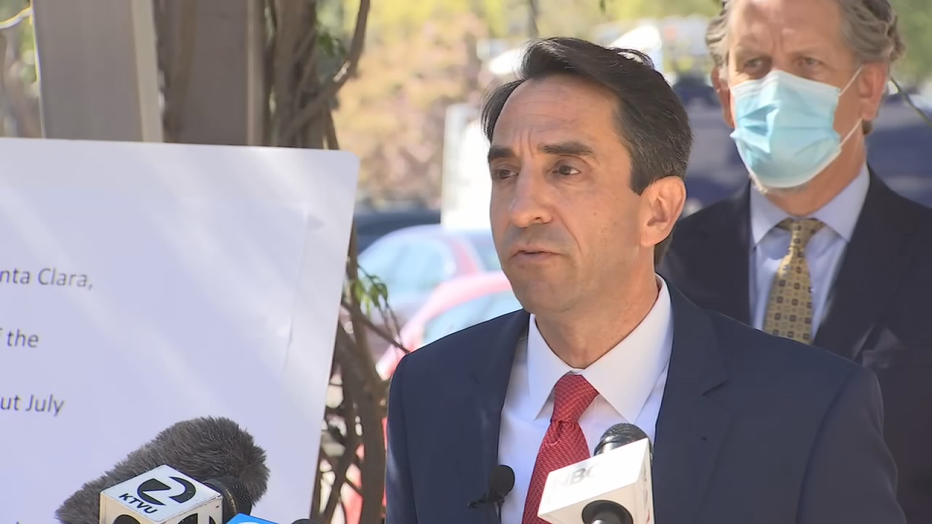 Smith, who has been sheriff since 1998, has not been charged.

Jensen and Sung are on administrative leave.

Sung's attorney Chuck Smith said his client also had done nothing wrong and did not do anything improper at the behest of the sheriff.

"Our defense is that no crime was committed," Smith said. "There was no quid pro quo. We intend to challenge these charges. If necessary, we will go to trial."

The defendants will be in court on Jan. 11.

In a statement Monday, the sheriff's office said, "As law enforcement officers, we are held to the highest moral and ethical standards. This is a difficult time for our organization; however our goal remains to provide the highest level of public safety to the residents of Santa Clara County. The hundreds of men and women who represent the sheriff's office will continue to serve our community with compassion, honesty and integrity."