Arizona farmers could be further impacted by water cuts

Major water cutbacks loom as Colorado River levels continue to decline in the Southwest, and this would have a big impact on Arizona farmers. FOX 10's Bailey Miller reports.

For the Arizona Farm Bureau, the idea of cutting more water for farmers here in the state is a big concern.

Many that rely on the Colorado River for their crops have already been cutting down on their water usage, lowered the amount of acreage they're using and have found more efficient irrigation methods.

But now that the situation is worsening as the river reaches historically low levels, officials say more needs to be done to conserve.

"There is a lot of concern out there for farmers," said Arizona Farm Bureau CEO Phil Bashaw. "We are seeing a lot of rising costs."

This week, federal officials said cuts will be necessary next year to reduce risks of supplies reaching even lower levels.

MORE: US to hold back Lake Powell water to protect hydropower amid ongoing droughts

However, the farm bureau says the cuts are hitting them hard.

"You are talking about multi-generational farmers, folks that have had these farms for many, many years, and they are worried about the future and the future of supplies of water and the future of availability and ability to continue," said Bashaw. "I would anticipate additional resources being needed to mitigate the impacts of the drought if those cuts get deeper."

The Arizona Farm Bureau says that normally farmers in the state can rely on other regions to help with supplies, but this time it's different - the drought is widespread in the Southwest, and other states are feeling the strain too. 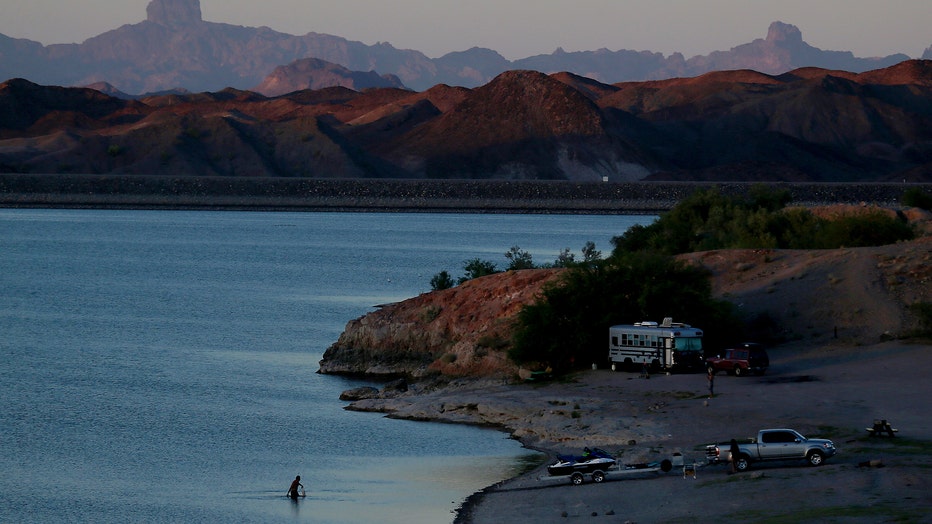 Campers find a secluded spot framed by the desert landscape on the shore of Lake Martinez, a recreation and residential area above the Imperial Dam in Yuma. The dam desilts Colorado River water and diverts it to farmlands in Arizona and California. (

Officials with the country's 5th largest city are now asking residents to learn how to more efficiently use water, as the region is gripped by a worsening water supply crisis. FOX 10's Steve Nielsen reports.