A rock climber was hoisted from Queen Victoria Spire in Sedona during a ‘complex’ night rescue.

SEDONA, Ariz. - A climber in Arizona was rescued from a steep spire on Sunday night after her leg got stuck in a crack in the rock and stranded her about 200 feet off the ground, authorities said.

The 25-year-old woman was scaling the Queen Victoria Spire near Schnebly Hill Road in Sedona with a group of four other climbers when her right leg slipped into the crack and trapped her, the Coconino County Sheriff’s Office said.

The climber had just begun the second pitch of the climb, about 200 feet above the ground and 150 feet below the summit, when she got stuck, according to officials. 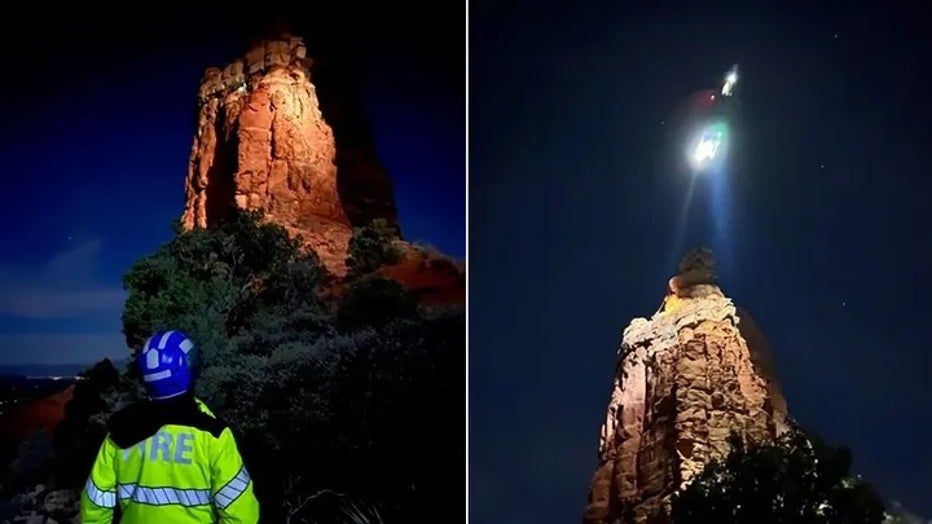 Officials described the mission as "complex" due to the darkness and steep terrain. (Sedona Fire Department)

She was reported to be in some pain but had no obvious injuries.

The woman's climbing partners worked to free her leg but were unsuccessful. 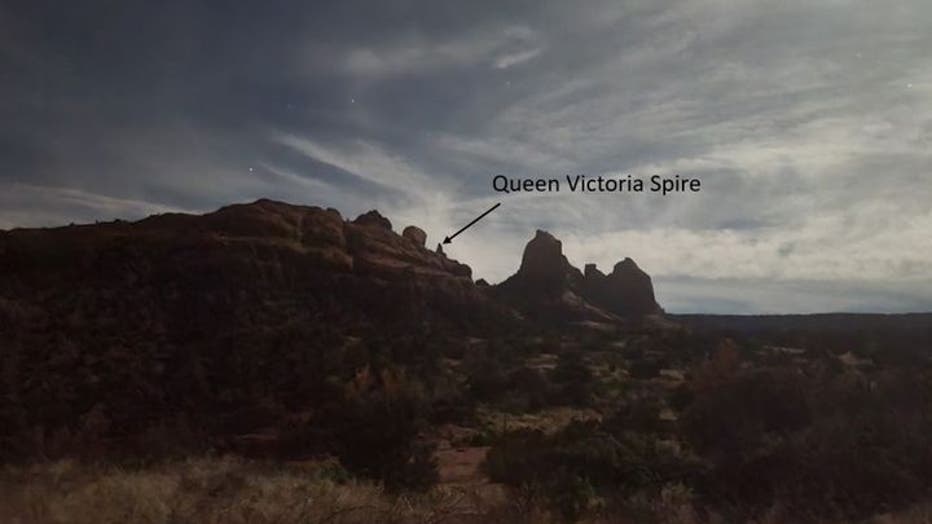 Rescuers with the sheriff’s office and the Sedona Fire Department responded to what officials described as a "complex incident" due to the darkness and steep terrain.

The nighttime mission took a "number of hours" and resources to complete, officials said.

Once the climber’s leg was freed, a helicopter hoisted the woman and the four other climbers down from the spire. The identities of the climbers were not immediately released.

Paramedics evaluated all of the climbers at the incident command post, and they refused additional medical care before leaving the scene.