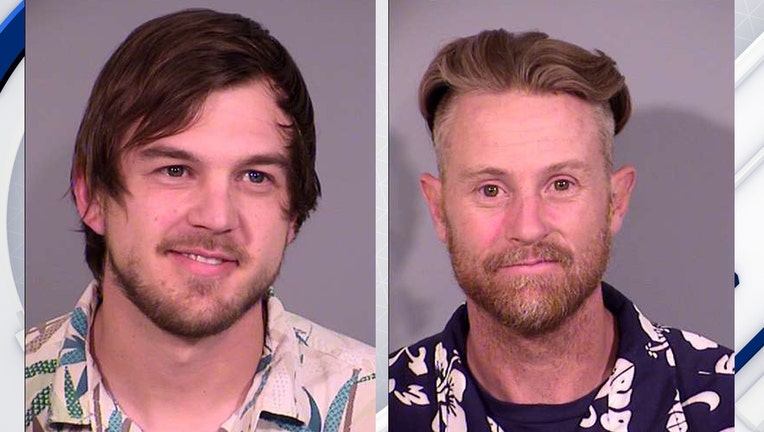 PHOENIX - It was a dramatic ending to a standoff between a driver and police officers outside the Arizona State Capitol on Dec. 4 and it all began with a traffic stop near 17th Avenue and Washington Street.

Investigators say 27-year-old Brandon Jackson of Scottsdale was driving on a suspended license and uncooperative. He eventually got out of the car, but could be seen with a gun at his side and refused commands to move away from the vehicle.

After trying to negotiate with Jackson, officers decided to use a flash bag so they could move in and arrest him.

Video taken by a FOX 10 photojournalist near the Arizona State Capitol on Dec. 4 shows police officers firing off a round of flashbang to end a standoff.

Police tell us they were assisting the FBI with an investigation when they conducted the traffic stop.

On Dec. 3, records show the FBI contacted Jackson as part of a trespassing case.

A second man, identified as 39-year-old Wesley Temple of Prescott, was a passenger in Jackson's vehicle and a prohibited possessor of firearms. Police say he was seen placing a rifle in the rear of the car. He later left the vehicle and was taken into custody.

The police report states that during negotiations with Jackson, he was told that he was hindering in the investigation and prosecution of the passenger due to evidence in the car, but he "argued that we were violating his rights and that we had no right to conduct this stop."

Jackson is accused of hindering prosecution and resisting arrest. Temple is accused of being a prohibited possesor. Police say he was also found to be on a pretrial release for possession of narcotic drugs and drug paraphernalia.