After an eight-month investigation into the death of a Maricopa County worker, Glendale Police say Timothy James Valdivia is suspected of hitting and killing him. We have how phone records led to his arrest.

GLENDALE, Ariz. - Eight months later, an arrest was made in the case of a Maricopa County worker being killed after a driver struck him and fled near 71st Avenue and Glendale during the early morning hours March 27.

Glendale Police say the men, ages 35 and 37, were working to remove street barricades from an earlier accident when a silver Dodge Ram pickup truck hit them.

37-year-old Gustav Danielson died in the hospital. Another worker was hit but is OK now after medical treatment.

On Nov. 3, Glendale Police said Timothy James Valdivia was arrested on Nov. 1 after months of a combined effort from law enforcement, the community and media reports.

"The detectives worked very persistently on this case to bring a solid case forward," police said.

Valdivia was arrested on suspicion of leaving an accident with death and/or injury, failing to render aid, giving a false report to law enforcement and failing to give information at the accident.

Police say Valdivia was driving a silver 2016 Dodge Ram eastbound on Glendale Avenue through the intersection at 71st Avenue when he didn't stop and hit a parked Maricopa County REACT truck and two workers on Glendale Avenue.

The county truck had flashing emergency lights on when it was hit, police say. Danielson and the other worker were wearing high visibility vests while removing cones from the road when they were hit.

Police say Valdivia left the scene, but parts of his truck were scattered in the roadway, giving clues to investigators on the type of car that was involved. His car was captured by Glendale traffic cameras with "front-end damage consistent with this collision."

Later in the day, police say Valdivia called police saying his car was stolen and a report was taken. On March 29, two days after the crash, police got a tip from someone who watched the news that they believe they spotted the "stolen" car.

Officers responded and found the car, which had consistent damage with the car seen speeding away from the deadly crash days prior.

"Timothy's silver 2016 Dodge Ram had yellow/green high visibility fibers on the driver's front fender, the left side view mirror was missing, and vehicle parts that belonged to the Ford F250 REACT vehicle were lodged in the space where the driver's side front fender and front driver's door meet," police explained.

The car was seized as evidence.

Valdivia asked police why he wasn't told his car was found and he was told it was involved in a crime. He was asked if he knew what had happened and he said no.

"I asked Timothy if his phone was ever out of his possession, and he said no. I asked If he had any other phones, and he said no and that this is the only phone he ever uses. I asked if it was the phone that he made the stolen vehicle report from, and he said yes. I told Timothy that I would be holding his vehicle for a while as it was involved in a crime," police said.

After an investigation into his phone records, police say his phone was shown to have been near or at the crash site. It also showed he was at the site where his car was abandoned.

Police say it was even more telling when records showed his phone to be back at the crash site shortly after the crash happened on March 27, indicating he may have returned to check out the aftermath.

"This is a clear indication that Timothy knew the collision occurred, and he still failed to report his involvement in the collision," police said. 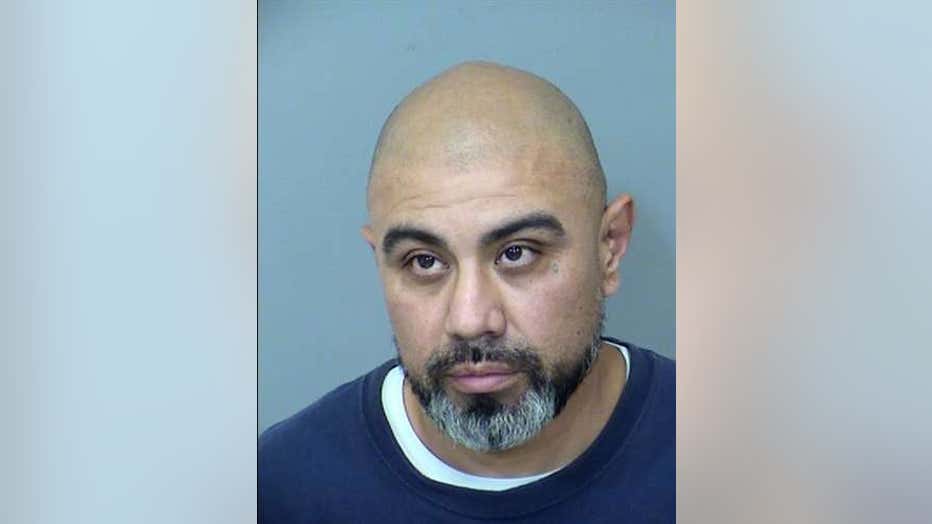 On Nov. 1, Valdivia was held for questioning as the primary suspect.

"Timothy did not admit to driving the Dodge Ram during the time of the crash. He could not explain how his phone reported his position to be at the location of the collision when his Dodge Ram was recorded just before and just following the hit and run collision that resulted in death and serious injury," police said.

When asked if he was drinking on the night of the crash, police say he admitted to being drunk.

He was asked if he was drinking that evening and he admitted to getting drunk. Valdivia said he didn't remember parts of the evening, adding, "anything is possible". 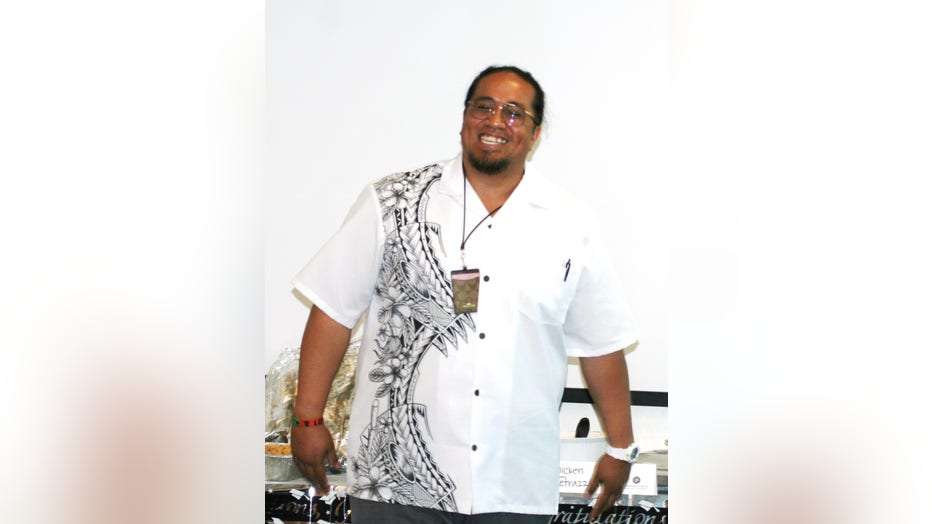 A GoFundMe page set up by Danielson's friends and family members describe him as a loving husband, father, son, and friend.

The page also says that he has four daughters, with his first son expected to be born within a few weeks.

Officials with the Maricopa County Department of Transportation released a statement at the time of the crash, saying their hearts go out to the family and friends of Danielson, and that MCDOT employees are devastated over his loss. 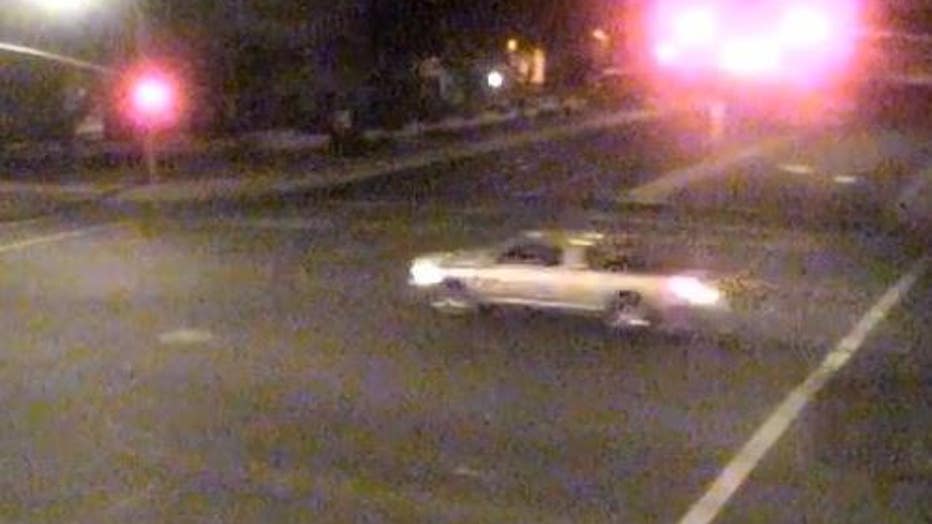 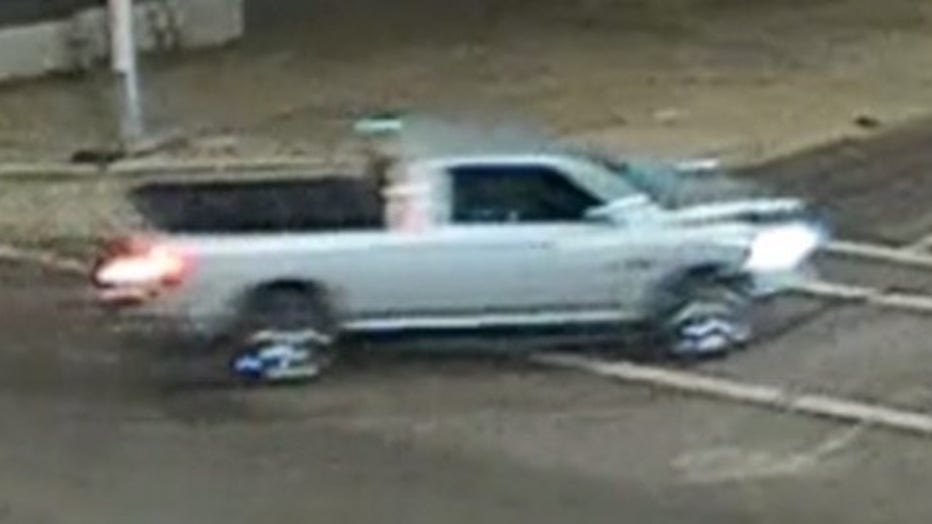 A clearer view of the suspected truck involved in the hit-and-run.

Anyone with information should call Silent Witness at 480-WITNESS (480-948-6377). Spanish speakers can call Testigo Silencioso at 480-TESTIGO.

The crash, which happened on March 29, killed 37-year-old Gustav Danielson and left another man seriously hurt.