PHOENIX - Cross-country travelers and local commuters will soon have a new route to traverse metro Phoenix with the opening of an east-west freeway that will skirt the often-congested section of Interstate 10 through downtown Phoenix.

Arizona Gov. Doug Ducey and other government officials, including the mayors of Phoenix and Tempe and the President of the Gila River Indian Community, gathered Wednesday to christen the new South Mountain Freeway.

The new South Mountain is part of the Loop 202 freeway already ringing much of the urban area and will provide a new connection between the Loop 202 Santan Freeway in Chandler on the east and Interstate 10 in southwest Phoenix on the west.

Construction is nearly done on the 22-mile (35-kilometer), $1.7 billion freeway that is is set to open by the end of the year. 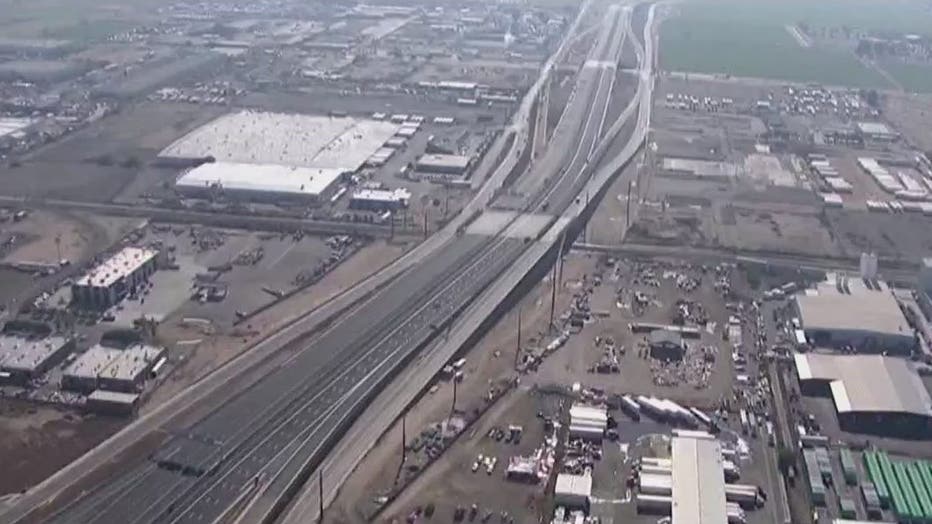 Approved by Maricopa County voters in 1985 and again in 2004 as part of a comprehensive regional transportation plan, the South Mountain Freeway will complete the Loop 202 and Loop 101 freeway system.

Work began in late 2016 with a connection to the Loop 202. Construction of the freeway and its numerous bridges began in earnest in 2017.

Much of the freeway’s route is along the foothills of South Mountain, a range along Phoenix’s southern border that is considered sacred by the nearby Gila River Indian Community.

The tribe waged an unsuccessful court fight to block construction. A coalition of environmental and community groups also opposed it.

Numerous homes were purchased and demolished along the route.

The freeway was paid for with federal funds, cash from a Maricopa County transportation tax and state gas tax money.

Arizona Department of Transportation spokesman Tom Herrmann said Friday that the exact day and time the freeway will open hadn't yet been set but that it would occur “in the days following the event” Wednesday.

The new freeway was recently given honorary designation of the Congressman Ed Pastor Freeway in honor of the late former congressman who helped secure federal funding for numerous public infrastructure projects in metro Phoenix. Pastor family members also will be present for Wednesday's event.

Ducey's office said in a statement that the $1.7 billion project was finished three years early and with $100 million in savings through an innovative private-public partnership.

"It's about time! It's about time!" said Eric Anderson of the Maricopa Association of Governments. "More important that the dollar savings is all the time savings, so this facility is being opened three-plus years ahead of time."

"We also have park and ride facilities we've built along the way so bus users can benefit from it, so whether you're a pedestrian, a driver, or a bus rider, you have something to celebrate in today's bridge," Phoenix Mayor Kate Gallego said.