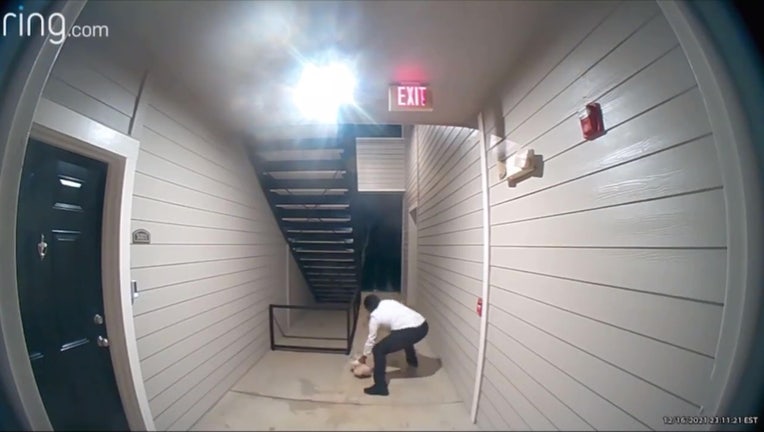 ATLANTA - Police have arrested an Atlanta woman allegedly caught on a Ring video camera violently striking a small dog at an apartment complex.

The Atlanta Police Department says they began their investigation into the incident on Dec. 17 when they were called to the 3300 block of Greenbriar Parkway SW.

The anonymous caller told officers that her Ring camera filmed an act of animal cruelty.

The video shows a woman slowly approaching a small white dog, picking the animal up, and using one of her tennis shoes to violently beat the dog while shouting at it. The woman then carries the dog out of view.

Officers met with the management of the apartment complex, but they weren't able to identify the suspect. Crime Stoppers and PETA offered a combined reward of up to $10,000 to help find whoever was responsible.

"If this little dog is still in this violent person’s hands, he or she is possibly experiencing the terror and pain of similar beatings regularly," PETA Senior Vice President Colleen O’Brien told FOX 5 in January. "This dog needs to be separated from the abuser immediately, and PETA urges anyone with answers to come forward." 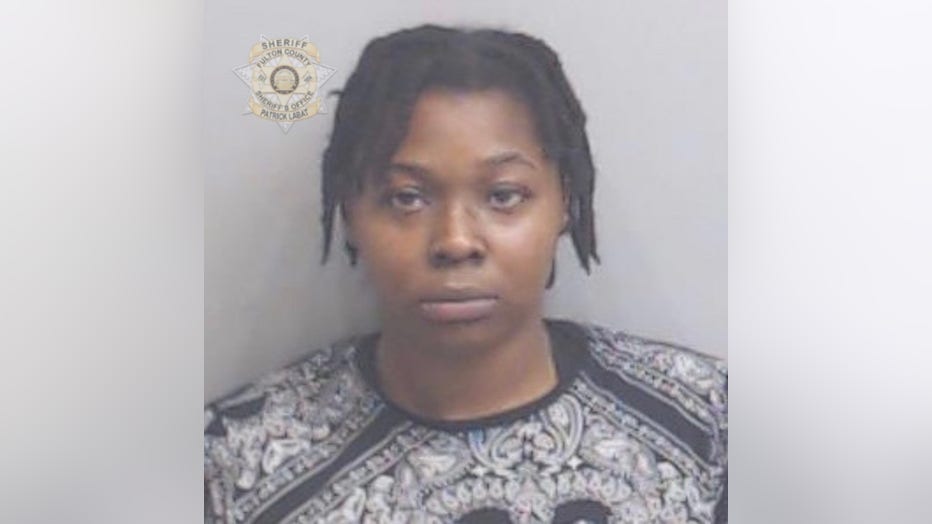 After an investigation, officials say they established probable cause and secured an arrest warrant for Dwanisha Rayniece Hitches in connection with the case.

Officers arrested Hitches on Feb. 4. She is currently in the Fulton County Jail charged with cruelty to animals.

If you have any information that could help investigators with their case, please call the Atlanta Police Department or Crime Stoppers.