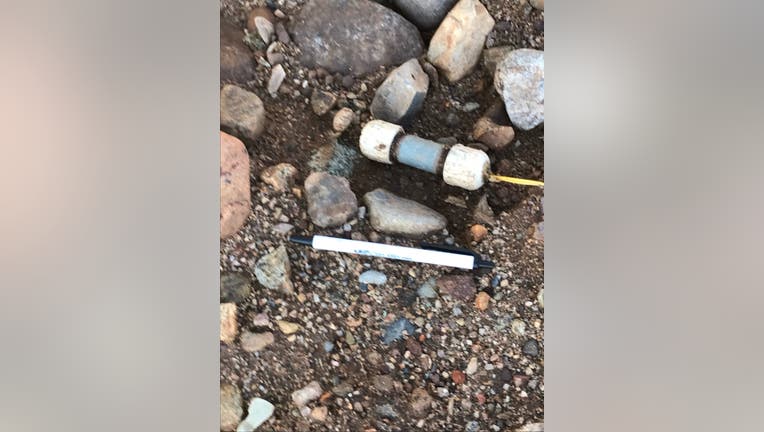 SIERRA VISTA, Ariz. (AP) - Cochise County authorities are investigating the discovery of a pipe bomb on a road in Sierra Vista.

They say a man called around 7 a.m. on Aug. 11 to say he saw what appeared to be an explosive device as he was walking near an intersection.

County sheriff's deputies and the Arizona Department of Public Safety responded to the scene and say the small pipe bomb had wires running from one end of a threaded galvanized pipe with PVC end caps.

Authorities redirected traffic for about three hours while they opened the bomb, which contained smokeless and black powders with wires extending into the bomb's interior.

Sierra Vista police destroyed the powder filler at the scene. Pieces of the bomb were taken as evidence.