An autopsy study by Dr. Amy Rapkiewicz, chair of the department of pathology at NYU Langone Medical Center, revealed clotting in small blood vessels in organs throughout the body.

NEW YORK - A recent autopsy study of coronavirus patients revealed that blood clotting was present not only in the lungs — but in organs throughout the body.

In a study published on June 25 in the Lancet's eClinicalMedicine, autopsies of seven COVID-19 patients revealed clotting in small blood vessels in “multiple organs.”

Dr. Amy Rapkiewicz, chair of the department of pathology at NYU Langone Medical Center, said some COVID-19 patients have been known to develop blood clotting issues. Doctors have previously reported blood clots in larger blood vessels of people with the virus, but it also “wasn’t quite clear that it was directly related to COVID,” Rapkiewicz said. 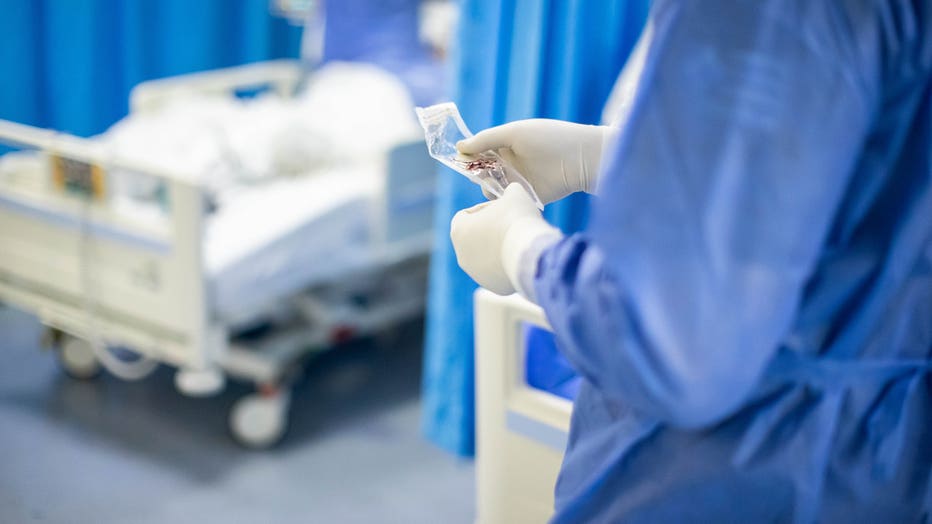 A doctor observes a blood clot expelled by a COVID-19 patient at Hospital General de Mexico on May 30, 2020 in Mexico City, Mexico. (Photo by Hector Vivas/Getty Images)

Rapkiewicz said they observed blood clotting in the large veins of coronavirus patients who died quickly after arriving to the hospital, but also clotting “in the small veins, the microscopic veins, that you would only see with the microscope.”

“And that doesn’t sound like a big distinction, but physiologically, it takes different things to happen to clot in both the large veins and the small veins. So it seems as if the clotting system in your body is really thrown out of whack in certain populations of COVID patients that develop severe, fatal infections,” she said. 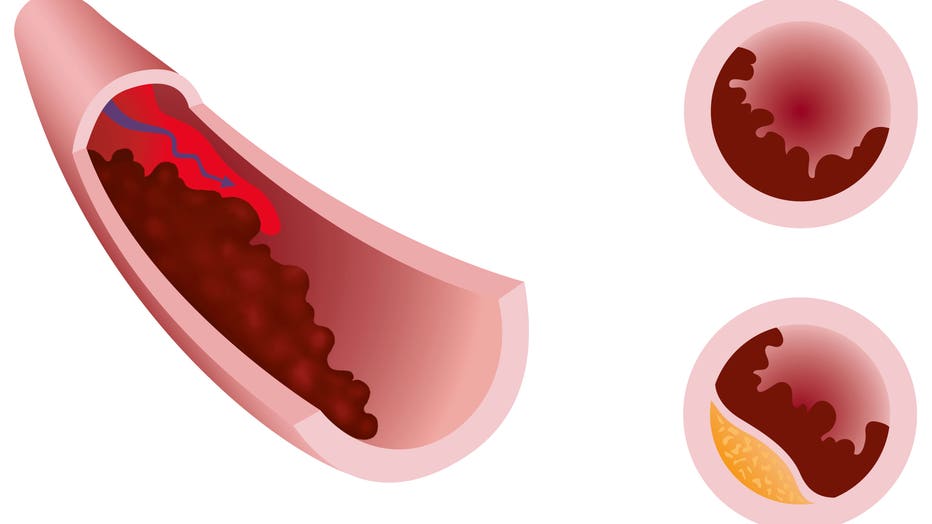 An illustration shows the formation of a blood clot within a blood vessel. (Photo by: Amandine Wanert/BSIP/Universal Images Group via Getty Images)

The autopsy study also revealed a higher than usual number of large bone-marrow cells called megakaryocytes in multiple organs, including the lungs and heart. Rapkiewicz said these cells “usually don’t circulate in the blood, and so I really shouldn’t find them in the heart.”

“We were finding them in larger numbers in the heart, which is very abnormal,” she added. “We don’t know the reason why, but the connection to the clotting is that megakaryocytes produce platelets, and platelets are one of the things that are responsible for clotting.”

Rapkiewicz said more research is needed to determine this connection as it relates to the novel coronavirus, but that “it doesn’t just seem circumstantial.”

Some of the patients in the autopsy study had received blood thinners, such as anticoagulant medications like heparin. But the findings suggest clinicians may need to consider additional treatments or anti-platelet therapies for COVID patients that target smaller blood vessels.

Scientists around the world have been racing to better understand how SARS-CoV-2, the virus that causes COVID-19, impacts the body. Worrying reports have indicated that the virus may be capable of inflicting long-lasting damage to many areas, including the lungs, nervous system and kidneys.

A recent study led by researchers at University College London described more than 40 patients with COVID-19 who experienced a multitude of different brain effects, including severe neurological complications such as delirium, brain inflammation, stroke and nerve damage.

In another study published in June, more than half of the COVID-19 patients involved were found to have some form of cardiovascular damage.

RELATED: Beyond fever and shortness of breath, experts say COVID-19 symptoms can appear in unusual ways

“I think there still needs to be some very basic science studies into the biology of COVID,” Rapkiewicz said, who added that the aim of her study and others like it is for researchers to better understand how to prevent these severe complications reported in some patients.

“I have a lot of phone calls with people at Johns Hopkins and people in (Massachusetts) General about what could be the underlying thing that's causing the clotting, and that’s really important in the sense that it’s not going to prevent COVID. We're just trying to prevent the complications that cause these people to die.”