PHOENIX - A Valley mother says her daughter needs formula for sensitive stomachs. The plant that made the Similac formula her daughter was on remains closed over safety concerns, and she's turned to the community for help.

8-month-old Aurora is fussing because she's teething, not because she's hungry – but keeping her fed is the challenge that has kept her mom on a desperate search through Valley stores for formula.

"So one scoop is two ounces, so it's ‘liquid gold’ basically in powder form," said Avery Santos. "I went to Fry's, Target, Walmart.. I've gone to every major store that I thought had it."

Breastfeeding isn't an option and Aurora requires a special infant formula that's been tough to find.

"With all the switching of the brands and everything, she has spit up, she's had rashes, it's really hard to get, something consistent right now," said Santos.

While the operation that brought baby formula from Europe to the U.S. is encouraging, Santos does not expect it will help her situation, even if the formula makes it to Arizona stores.

"I can't rely on that either. This will last me a week and I still have to look for something for next week."

Out of desperation, the Phoenix mom turned to Nextdoor, a neighborhood app, asking for help. The response has been overwhelming – with people even offering to drive around looking for the formula Aurora needs.

"It has restored my faith in community," said Santos, who says she will keep looking for that powdered treasure.

If you'd like to donate to Santos, you can email her at averysantos2414@gmail.com.

Pediatricians say parents should not dilute baby formulas or make substitutes, as that could be dangerous to their baby's health. FOX 10's Nicole Garcia explains.

More on the baby formula shortage

The Biden administration hopes "Operation Fly Formula" will help ease the uncertainty for so many parents. 78,000 pounds of baby formula arrived on a flight to Indianapolis on May 22.

"It's the hope that us parents have now, and that feeling of relief that we have with this specialized formula here," said Lindsey Haake, a mother.

This prescription-only formula will go to medical centers, but more plane loads are set to arrive across the U.S. in the coming days.

"There's going to be additional imports from existing companies that do business in the United States that continue to operate 24-7," said Secretary of Agriculture Tom Vilsack.

Administration officials blame formula maker Abbott for the crisis. The company's Michigan plant shut down in February due to safety concerns. 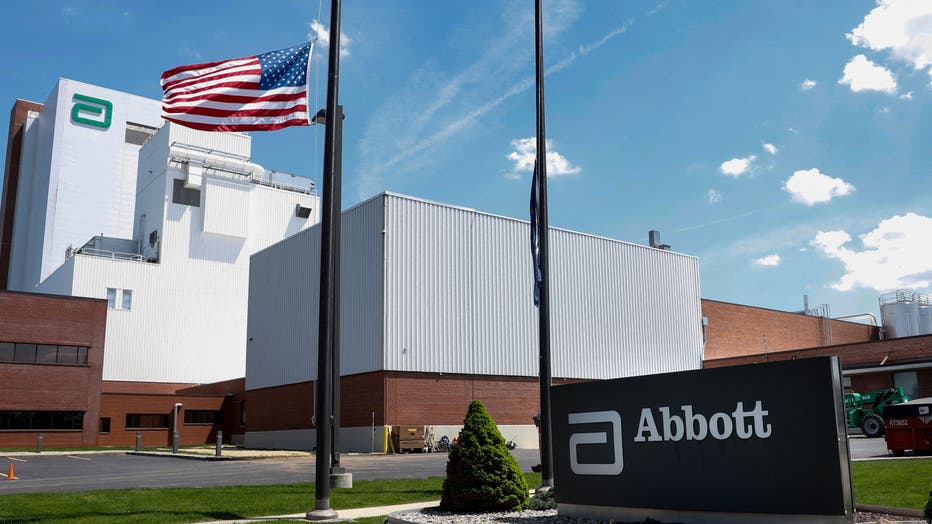 The Abbott manufacturing facility in Sturgis, Michigan, on May 13, 2022. The company initiated a voluntary recall after two infants became sick and two died with traces of Cronobacter sakazakii, a common environmental bacteria, found in their systems (Photo by JEFF KOWALSKY/AFP via Getty Images)

Abbott is one of three companies that supply 90% of the country's formula.

"We need more competition in this market. We need more companies providing their services. And we need to make sure that we never put ourselves in a situation where private sector supply chains can create such risk for American families," said National Economic Council Director Brian Deese.

Last week, the administration reached a deal with Abbott to reopen the plant, but it will be a few months before the formula reaches stores.

"I think the Biden administration owes people a great explanation of what they did and why they did it and how they analyzed that actually shutting down the factory was in the best interest of the majority of Americans," said Georgia Congressman Austin Scott.

In the meantime, there is a push to allow those in the WIC program to be able to buy their formula online. That's the special supplemental nutrition program for women, infants, and children.

Connecticut Senator Richard Blumenthal is urging the Department of Agriculture to give parents in the program the option.