Some early ballots in Arizona have signature issues that need to be cured before they can be counted, but the clock is ticking for voters to complete the ballot curing process. FOX 10's Steve Nielsen reports.

PHOENIX - It's been a week since the 2022 Midterm Elections, and while many race projections have been made by major media organizations, there are still ballots left to be counted, and for some people, they will need to fix some issues on their ballot before the ballot will be counted.

Here's what you should know about ballot curing.

What is ballot curing?

According to The Council of State Governments' website, ballot curing is a procedure where a voter, after they were notified of a signature-related error involving their ballot, is given time to correct that error.

"States conduct the curing process in different ways. Some states only allow voters to correct their ballots in cases of discrepancies in signature matching but not in cases of missing signatures. Other states require a witness signature on mail-in ballots alongside the voter’s," read a portion of the website.

"No one signs their signature exactly the same each time, but there are characteristics we look at to match it to the signature samples we have on file," said Megan Gilbertson with the Maricopa County Elections Department.

What is the ballot curing rule for Arizona?

However, the time window for ballot curing differs in each case.

When is the deadline to cure my ballot?

According to Arizona law, voters who need to cure their early ballot due to inconsistent signature need to do so by the 5th business day after a primary, general or special election that includes a federal office, or the third business day after any other election.

For voters who did not sign their early ballot, the deadline to cure that ballot is by 7:00 p.m. on Election Day.

According to the Maricopa County Elections Department website, the final day for people to cure a signature issue or provide an ID for a conditional provisional ballot is 5:00 p.m. on Nov. 16.

What does the curing process entail?

Maricopa County elections officials describe what they would do, if a ballot needs to be cured.

"We sent letters, emails. Text messages, if you’re on our text messaging service," said Gilbertson. "We try many different ways to reach out to the voters to let them know that we need some additional information before we can count their ballot."

Gilbertson said they have likely called thousands of voters throughout the election.

Is Arizona the only state in the country that allows ballot curing?

According to the National Conference of State Legislatures' website, Arizona is one of 24 states with laws that allow for ballot curing.

Is my ballot counted? How can I check?

Voters can go on beballotready.vote to check on the status of their ballot. After entering the information needed, voters will be able to check their ballot status.

>> Continuing coverage of the 2022 Midterm Election 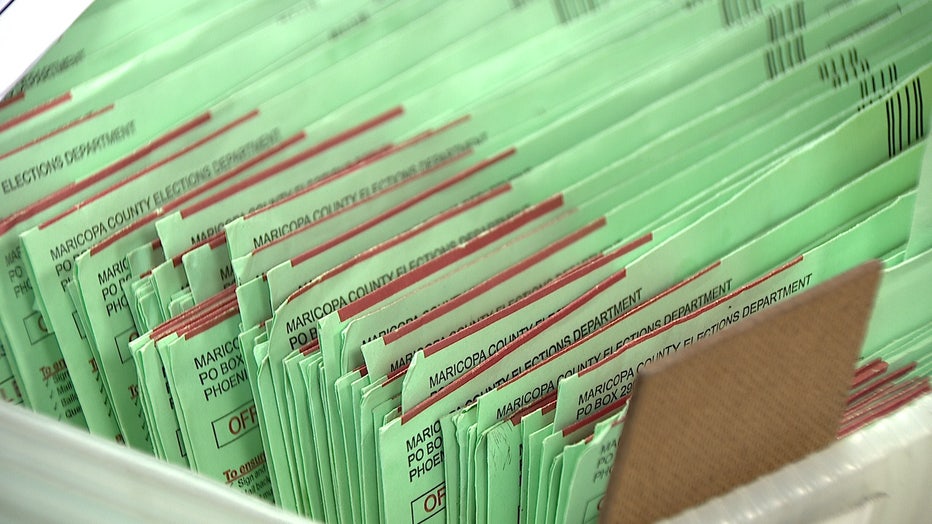