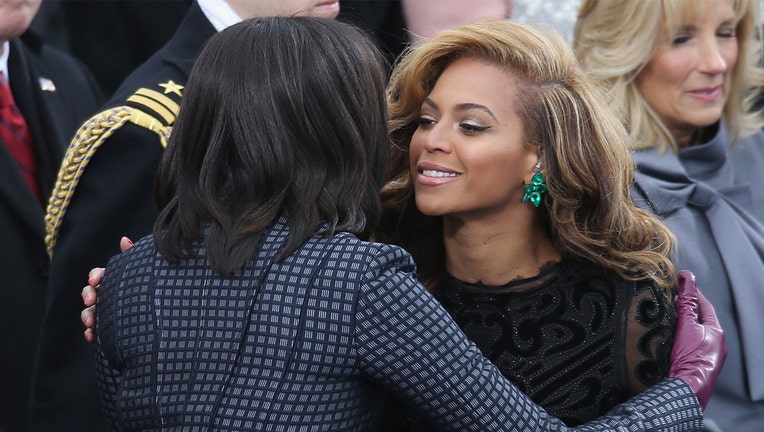 FOX NEWS - Beyonce penned a heartfelt tribute to former first lady Michelle Obama for Time magazine's 100 most influential people of 2019. The "Halo" singer wrote that "loving" the former first lady "came naturally" because "of how she carried herself."

"Because she resembled us and was moving in spaces where, as black Americans, we weren't exactly meant to be, she seemed so powerful," she wrote of Obama.

Beyonce wrote she first met the first lady on the eve before former President Barack Obama's first inauguration. She described the first lady as "strong and ambitious."

She wrote she was "honored to know such a brilliant black woman who's spoken about the sacrifice it takes to balance her passions while remaining a supportive partner and mother."

She concluded her tribute saying she was "so grateful" that her children "live in a world where Michelle Obama shines as a beacon of hope who inspires all of us to do better and be better."

Obama paid tribute to Beyonce this week after the singer surprised fans early Wednesday morning by dropping a unannounced live album as her documentary "Homecoming" began streaming on Netflix. Obama tweeted that she was "so proud" the "Single Ladies" singer. She also posted a video of her message to the Grammy Award-winning musician.

"To you, my dear friend, I just want to say: Keep telling the truth, because you can do it in a way that no one else can," Obama said.

Beyonce drops surprise live album along with her Netflix documentary

Michelle Obama's 'Becoming' may be best-selling memoir ever