CHANDLER, Ariz. - Officers were led to a possible crime scene in Chandler Sunday morning after getting reports of a shooting, then seeing droplets of blood near the front door of a home.

At around 11 a.m., Sgt. Jason McClimans with the Chandler Police Department says officers arrived at a home near Chandler Heights and Lindsay Roads. They tried getting someone inside to answer the door but were unsuccessful.

"Our tactical unit arrived and contact was made with 3 subjects, a female and two males, who were detained by police. No one was found to have sustained gunshot wounds, although it appeared 2 subjects had minor injuries. We also located bullet holes inside the home," McClimans said.

It was a possible domestic violence incident and police will continue to investigate. 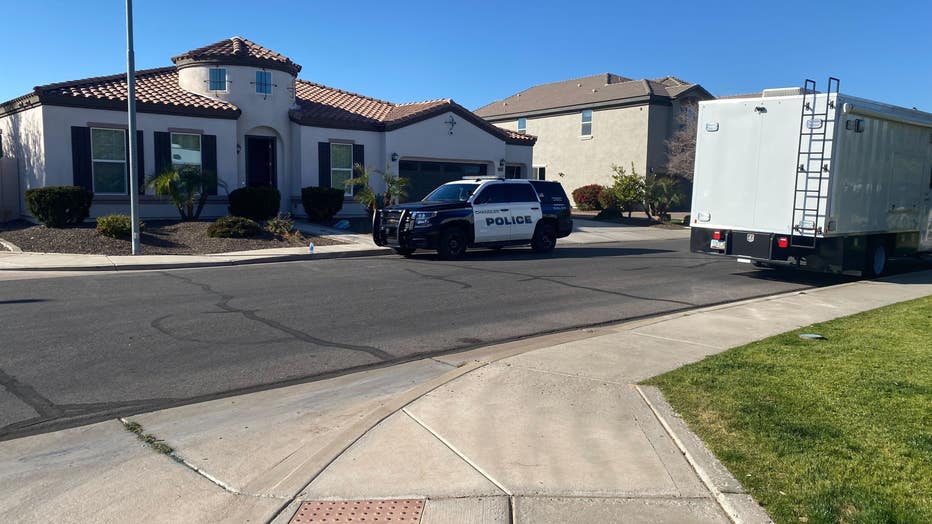 Officers were led to a possible crime scene in Chandler Sunday morning near Chandler Heights and Lindsay roads on Jan. 30.