Detectives served search warrants at multiple homes in Phoenix on Jan. 27 after starting a narcotics investigation back in December 2021, officials said.

Nearly 35,000 fentanyl pills, $300,000 in cash, and a number of vehicles and guns were seized during the investigation, according to Avondale Police.

Authorities did not disclose any other details regarding the investigation. 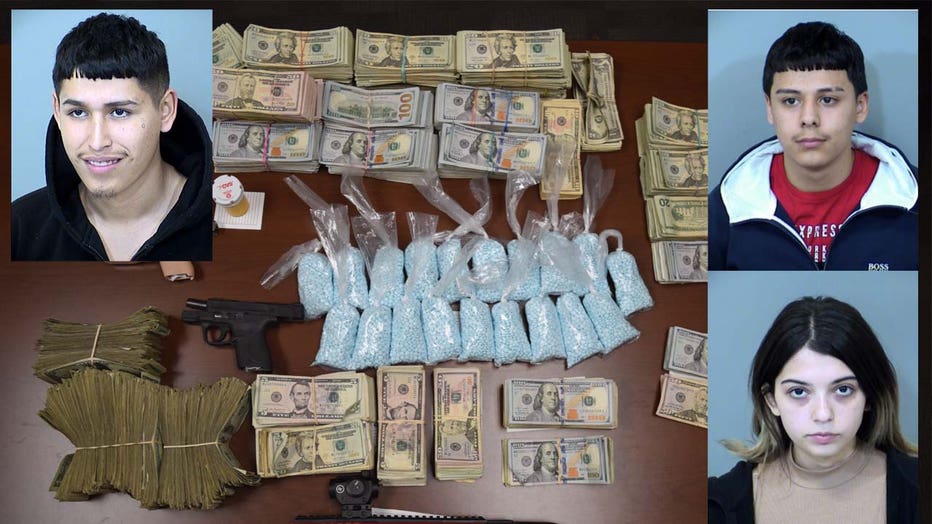 Jose Arvayo, Aaron Camacho and Samantha Perry were arrested. Thousands of fentanyl pills, cash and multiple guns were seized in the investigation.