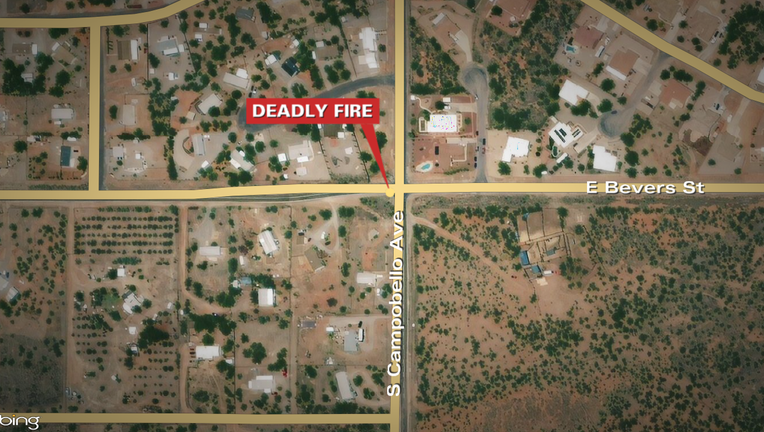 COCHISE COUNTY, Ariz. - A person was found dead inside a structure that caught fire in southeastern Arizona, a sheriff's office says.

Just after noon on Tuesday, Nov. 29, Cochise County Sheriff's Office deputies and Fry firefighters responded to reports of the fire near Campobello Avenue and Bevers Street.

That's where the unidentified person appeared to have died in the fire.

Several animals were outside side of the structure – they are safe and are in the custody of animal control.

No more information was made available.