An incomplete cross-border tunnel was discovered by U.S. Border Patrol Agents and Mexican police in Nogales.

According to U.S. Customs and Border Protection, the tunnel was found Wednesday during a routine, bi-national sweep of the stormwater drainage system that serves both sides of the U.S.-Mexico border.

The tunnel's entrance was hidden in the floor of an existing drainage system with a pile of dirt and was capped with a mixture of Styrofoam and concrete. The tunnel is over three-feet wide and four-feet tall and is 10-feet underground. It extends 20 feet into the U.S.

"When that tunnel team went into this tunnel, they realized the air quality was so low, it was too much of a dangerous situation. They had to back out of the tunnel," said Joe Curran, a U.S. Border Patrol agent.

Agents say if the tunnel had been completed, it would have popped up in an urban, residential neighborhood in Nogales. 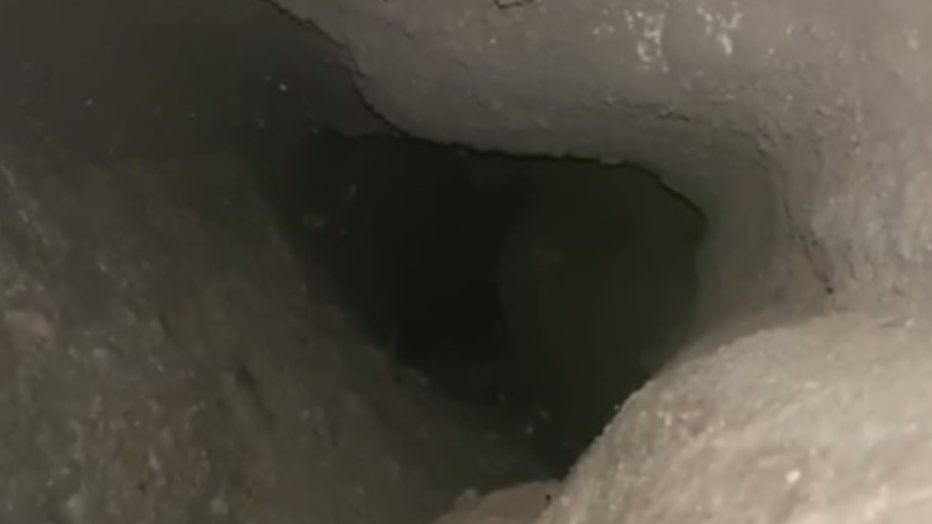 No drugs, people or other contraband were discovered.

Officials say this is the fourth tunnel found within a two-mile area, west of the Deconcini border crossing in downtown Nogales. All of those tunnels were incomplete, ranging from 17-feet to 50-feet long.

This is the 124th tunnel discovered in the Tucson Sector since 1990.

Border Patrol and Mexican police will continue to monitor and inspect the tunnel until it is properly sealed and secured with concrete filler.