Police say the suspect walked into the Quality Inn on Via del Cielo Road, pulled a gun and demanded cash.

CASA GRANDE, Ariz. - Officials with the Casa Grande Police Department say they are looking for a man who was caught on camera robbing a hotel at gunpoint on Thanksgiving.

The armed robbery, according to police, happened at 2:00 a.m. at the Quality Inn located near Florence Boulevard and Henness Road.

"Fortunately, no one was injured, but he did get away with cash," officials wrote, in a statement. 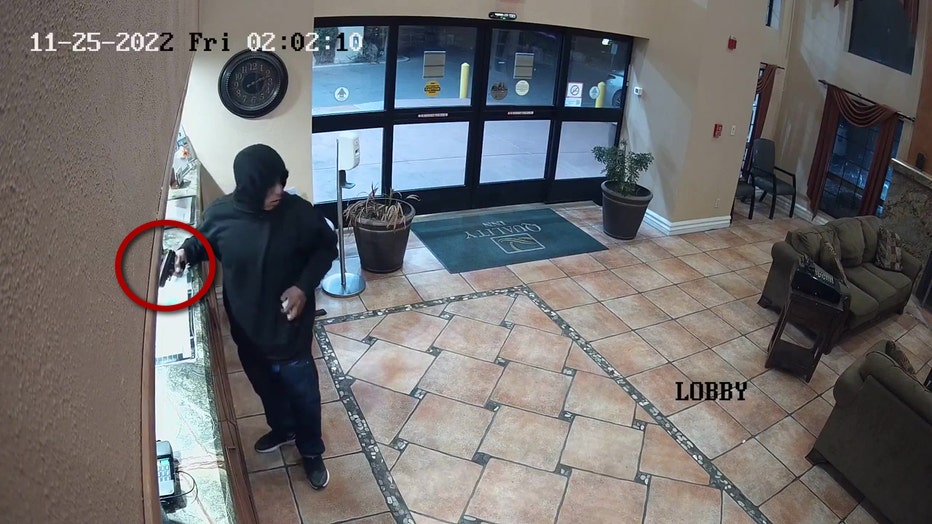