The suspects have been identified as 24-year-old Markell Johnson and 26-year-old Kevin Turner. Both face drug and theft charges.

PHOENIX - A man was rescued near I-10 and the Salt River after he drove off the freeway and down a 200-foot embankment into the river bottom Tuesday night, Phoenix fire officials said.

Crews performed a steep-angle rescue to retrieve the driver from the vehicle. The driver, described as a man in his 20s, is OK and was taken to the hospital with rib pain, says Phoenix Fire Capt. Todd Keller.

Another person in the car was taken into custody down in the embankment.

Driver rescued after driving off 200-foot embankment near Salt River

FOX 10's Stephanie Bennett has the latest after a driver reportedly drove off the I-10 freeway, careening 200 feet down an embankment and into the Salt River bottom.

As for what led up to the crash, Tempe Police says they tried to stop the driver near 40th Street and University Drive while investigating an occupied stolen car. The driver reportedly refused, kept going and hit one of the police cruisers.

While patrolling the area, officers saw the suspect's car over the embankment. That's when the rescue took place.

"The suspects were transported to a nearby hospital for minor injuries. No other suspects are outstanding. Additionally, no officers were injured during the incident," Tempe Police said.

The suspects have been identified as 24-year-old Markell Johnson and 26-year-old Kevin Turner. Both face drug and theft charges. 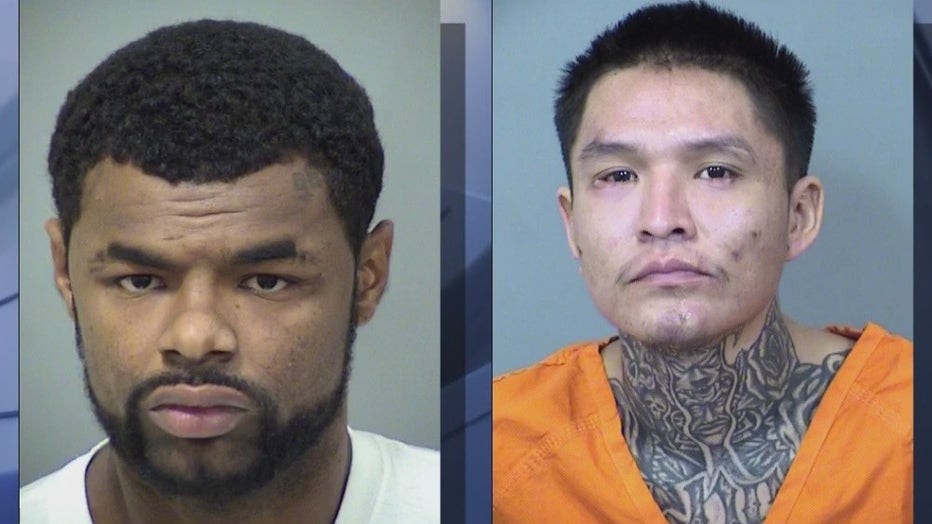 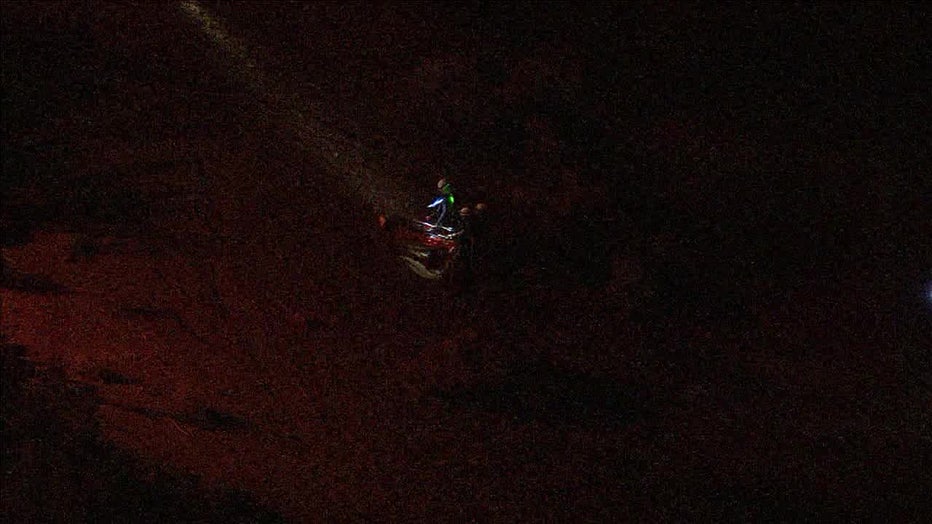 Rescue crews are working to save a driver who careened off a 200 foot cliff.