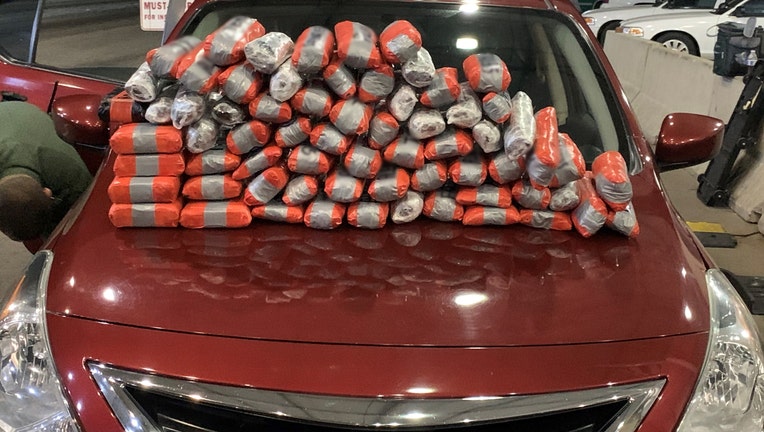 NOGALES, Ariz. - Officials with the U.S. Customs and Border Protection announced on Friday the arrest of two American citizens in connection with fentanyl seizures near the Arizona-Mexico Border.

The seizures happened on Thursday in the Nogales area. The first seizure happened during the afternoon, when Border Patrol agents referred a transportation shuttle for immigration inspections on the passengers. During the inspection, a 19-year-old pregnant American citizen was found trying to smuggle nearly 295 grams of fentanyl pills inside of her body.

Officials say the 19-year-old put not only her life at risk, but also her unborn child.

The second incident happened at around 10:30 p.m., when agents referred a 31-year-old woman who was driving a sedan for secondary inspection. In a subsequent search, agents found just under half a kilogram of fentanyl, in addition to over seven kilograms of meth, five kilograms of cocaine, and 36 kilograms of heroin concealed in the floorboards.

Officials say both women are accused of narcotics smuggling.