PHOENIX - Authorities in two Phoenix area cities say have identified a man in connection with a number of sexual misconduct-related offenses dating back to May of 2021.

According to court documents, Andrew Nicholas Arenas, 22, was arrested on Nov. 10. Investigators say between May and Nov. 5 of 2021, an unidentified Hispanic male contacted a number of juvenile and adult women, where he either exposed himself or grabbed them inappropriately, over clothing.

"A total of 8 incidents occurred in Chandler and 1 in Mesa," read a portion of the court documents. "All 8 incidents in Chandler consisted of female victims with age ranges between 11-17 years of age. Two juvenile males, ages 7 and 98, were present during one of the incidents. The mesa victim was an adult female victim."

Most of the victims, according to investigators, were contacted near elementary and high schools. Investigators eventually found a car consistent with descriptions provided by victims and witnesses at an apartment in Chandler. The apartment is located within a mile of one of the incidents. 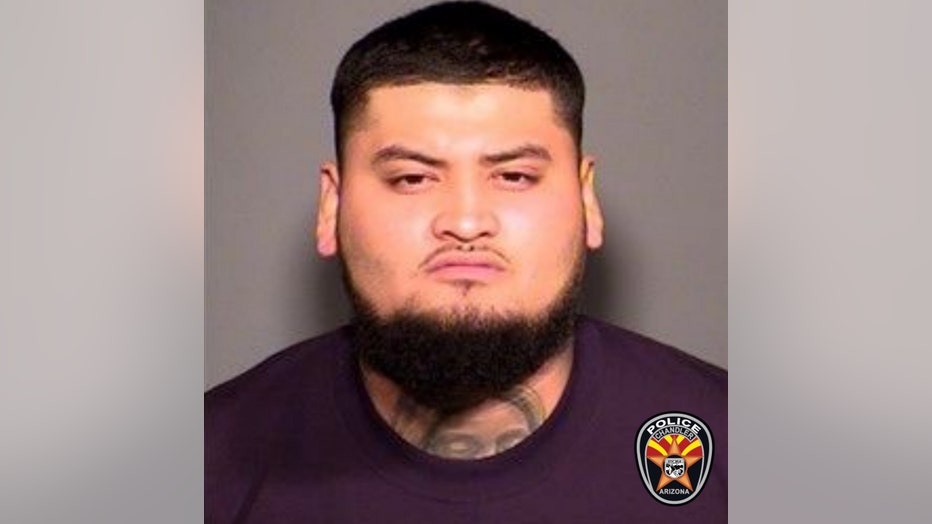 "Further research was conducted regarding this specific vehicle where detectives identified the registered owner/operator of the vehicle to be Andrew Nicholas Arenas," read a portion of the court documents.

Investigators say the victim in the Mesa incident identified Arenas in person and via a photo line-up. In an interview conducted after Arenas was read his Miranda rights, Arenas said he had never been to the part of Mesa where the alleged incident happened.

Arenas, according to officials, had numerous police contacts, including a DUI incident in Chandler in 2020. He is accused of public sexual indecency, sex abuse, and assault.