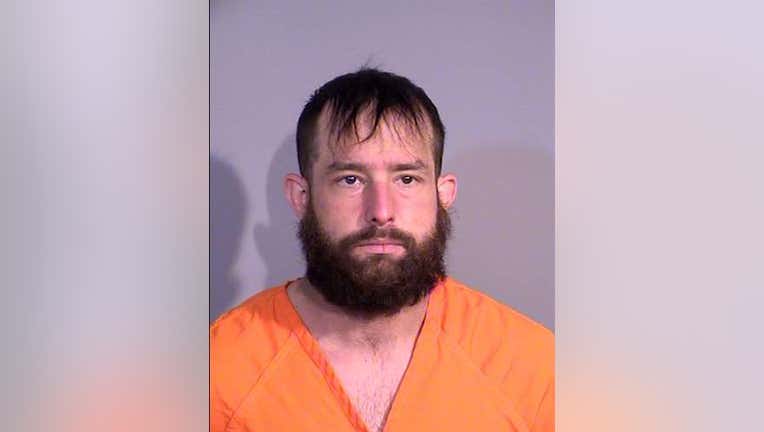 CHANDLER, Ariz. - Police officials in Chandler say they have arrested a man in connection with a shooting that sent two people to the hospital

In a statement released on Jan. 26, investigators say 33-year-old Christopher West was arrested by DPS.

The incident, according to draft court documents released by Chandler Police officials, took place on Jan. 25, when West entered the home of his ex-girlfriend.

"While in the residence, he shot his ex-girlfriend," read the draft court document, portions of which have been redacted by authorities. In Chandler Police's statement, both the ex-girlfriend and a juvenile at the apartment suffered non-life-threatening gunshot wounds.

West, according to draft court documents, fled the scene before police arrived. On the same day, investigators say he was involved in a single-vehicle crash on the Loop 101. Afterward, West fled the scene on foot, and into a neighborhood nearby. when DPS troopers tried to make contact with him, he fled and fired at least four rounds at the troopers. West was arrested a short time after the shooting.

Investigators say West had prior minor domestic violence arguments with the female victim of the shooting, but did not otherwise provide any further details on the arguments.

West, according to Chandler Police officials, is booked into the 4th Avenue Jail, and is accused of multiple counts of aggravated assault with a deadly weapon, in addition to burglary.