The chihuahua puppy, now named 'Stitch' by his new owners, was found at a dirt lot and left for dead when Phoenix Police officers rescued it. After just over a month at an Arizona Humane Society hospital, the puppy is headed to a loving new home. FOX 10's Bailey Miller reports.

PHOENIX - A happy ending for a chihuahua puppy that was tied up in a pillowcase & left for dead before being rescued by Phoenix Police officers.

Video of Pickles' rescue was hard to watch, but now, Pickles has a new home. The puppy was adopted on March 3. The new owners saw Pickles' story on Phoenix Police's Twitter page, and quickly decided to adopt.

When the Jordan family saw Pickles, they just knew he was the one, but this kind of love is not what Pickles, now named Stitch, is used to. 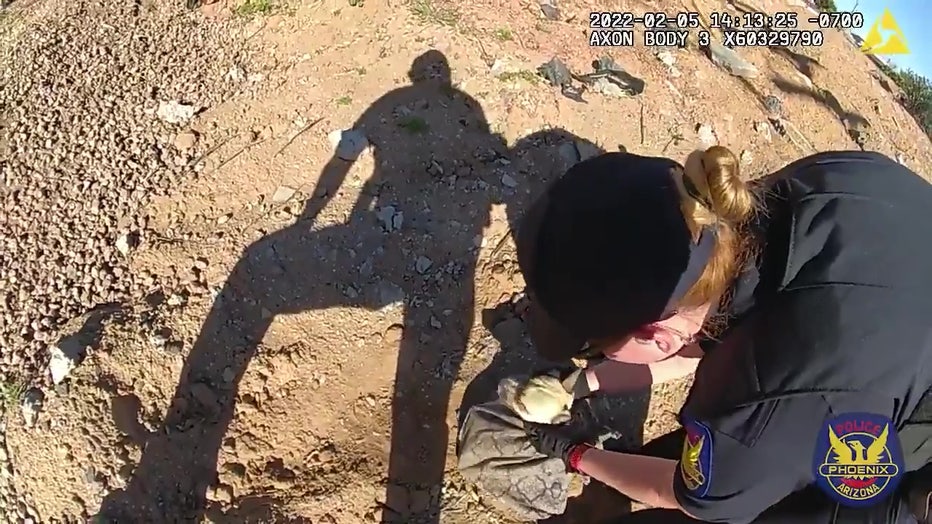 About a month ago, Phoenix police responded to the call of an abandoned dog, tied up in a pillow case in a dirt lot. Body camera video from the scene shows the officer carrying the puppy back to their car, and pulling out food.

"He was found dehydrated, constipated. lethargic, and he was given treatment in our Second Chance trauma hospital," said Kelsey Dickerson with the Arizona Humane Society.

Pickles was at the hospital for just over a month for recovery, and now, he is finally ready to go to a home where he will be loved.

Anyone with information on Pickles' abandonment should call Phoenix Police.