The bill removes occupational licensing requirements to blow-dry, shampoo and style hair, and it went into effect on August 27. Friday's ceremonial signing happened at a makeup school, where people there say this will open up opportunities for so many people. 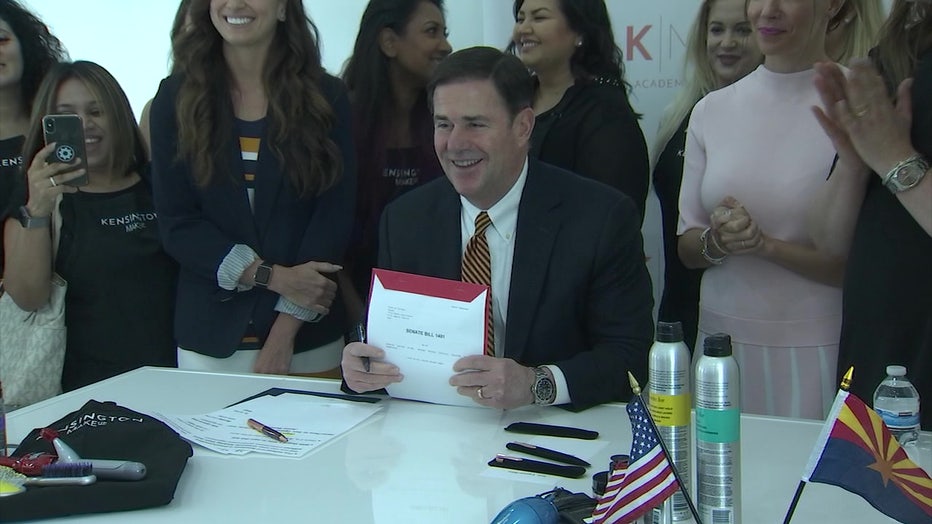 Owner of Kensington Makeup Artists and Academy Holli Christensen and her students are celebrating, as Gov. Ducey signs the bill.

"In the past, they were only allowed to do makeup artistry but they weren't able to incorporate hair-styling into their services," said Christensen. "By offering education into it, we can train them and they can actually legally go out and style hair."

Student Tricia Bennett is now taking her career to a new level thanks to the bill. She's a professionally trained makeup artist, and now that she's able to legally style hair, she's doubled her income.

"Most clients want you to do both. They don't want to hire two people to come to their event or come to their home to get them ready, so I've essentially doubled my income," said Bennett.

This bill had many critics. Christensen and Bennett understand the concerns, but they also defend their support. 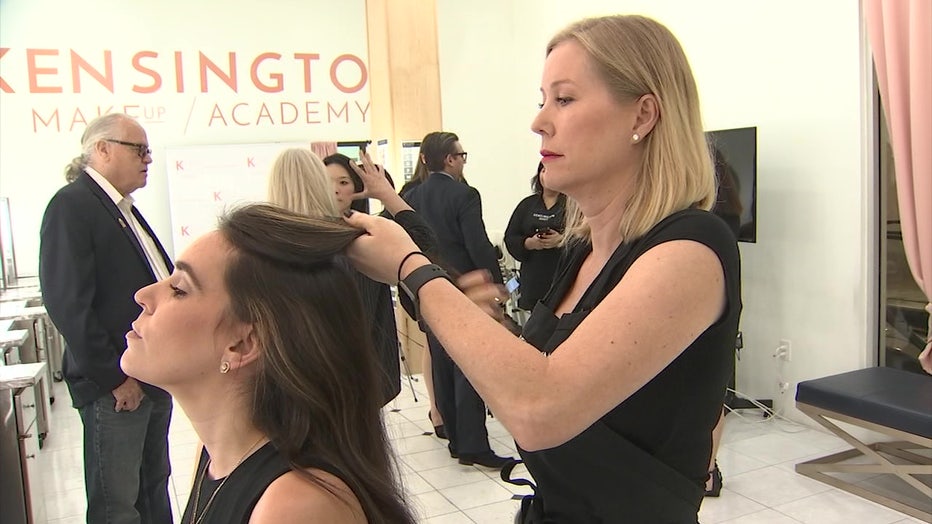 Typically, cosmetology students have to complete about 1,600 hours to get their license. At one Kensington Make-Up Academy, it's a 75-hour course.