A camera on the International Space Station recorded a lightning storm near Omaha, Nebraska, as the station passed over the US Midwest on the evening of September 13. (Credit: ISS Above/NASA via Storyful)

AUSTRALIA - A team of astrophysicists mapping the southern skies recently discovered something unusual: an unknown object that released a giant burst of energy three times an hour.

Hurley-Walker told FOX Television Stations Group when she investigated the source earlier this year, she found the source was appearing and disappearing regularly: on for 30 to 60 seconds, then off for 17 to 18 minutes. 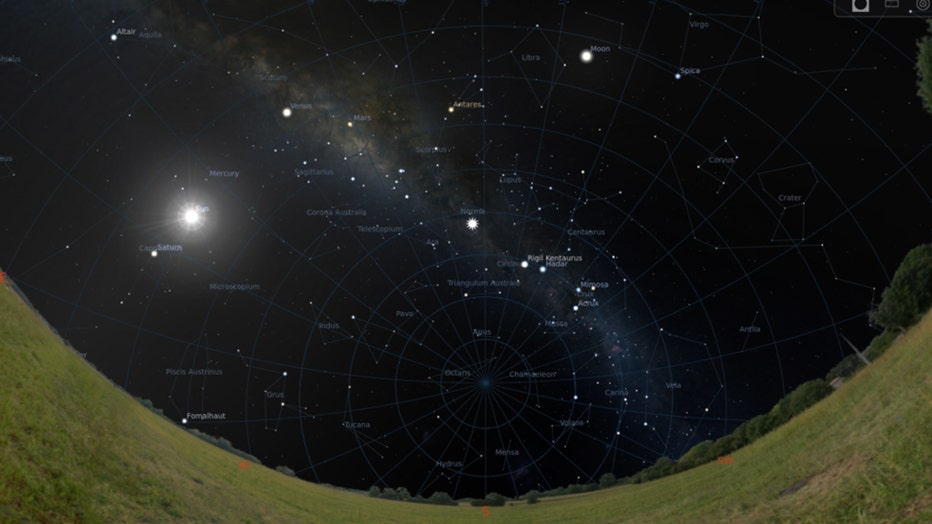 The location of the source in the sky in January 2022, marked with a large white star marker. At this time of year, it is above the horizon during the day. (Credit: Stellarium)

"When I looked back through the archives I found enough separate pulses that I could line them up by an exact period: 18.18 minutes. We even had to correct for the Earth's motion around the Sun, so the source was definitely far out of our solar system," she explained. "We were not looking for a radio source changing like this: it's a completely unprecedented detection."

Objects that turn on and off in the universe aren’t new to astronomers—they call them ‘transients’. But, what the object actually is, remains unclear.

The team predicts the unknown object is either a highly magnetic neutron star, called a magnetar, or a really unusual white dwarf (collapsed cores of stars) behaving as a pulsar. 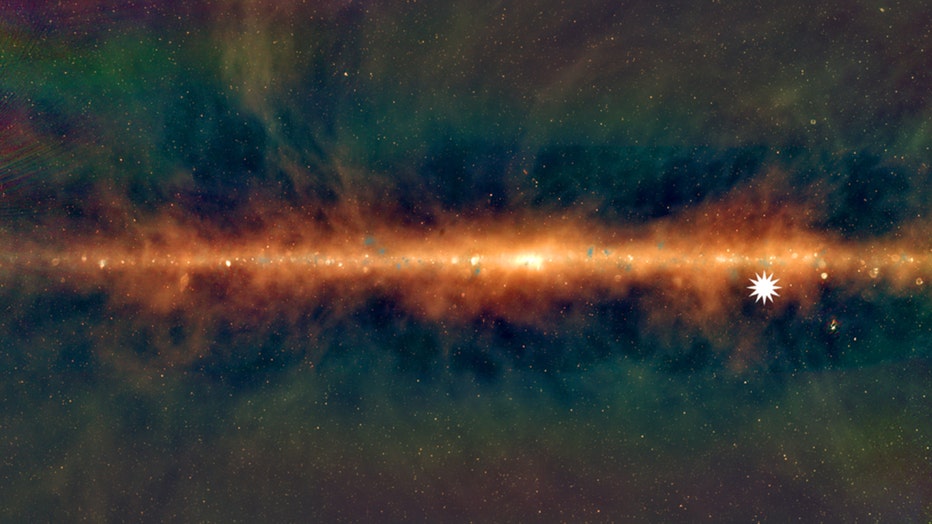 "But it could potentially be something no one has predicted!," Hurley-Walker continued. "We've discovered something completely new, and I'm thrilled that the universe can still surprise us like this."

She said this discovery may not be a one-off event, reemphasizing the idea that there may never be "just one" of anything in the universe.

"When people first saw the sun they thought there was only one, but eventually we worked out all stars are suns, and vice versa. When Jocelyn Bell and Anthony Hewish discovered the first pulsar in 1967, it was unprecedented, but they quickly found more, and now we know of thousands of pulsars," Hurley-Walker added. 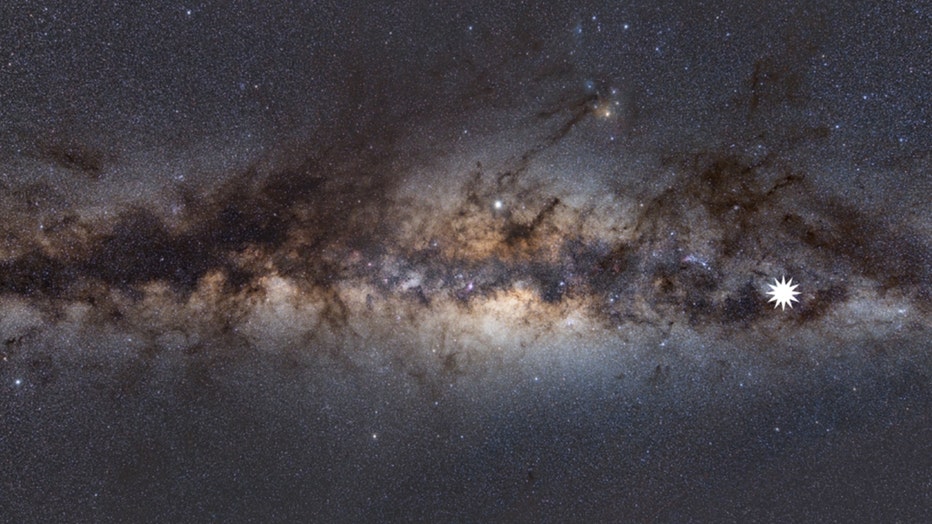 This image shows the Milky Way as viewed from Earth. The star icon shows the position of the mysterious repeating transient. Credit: Dr Natasha Hurley-Walker (ICRAR/Curtin).

She noted the radio transient has now stopped producing radio waves, so the objects may be more rare and difficult to find than pulsars and stars.

RELATED: International Space Station to retire in 2031, crashing into the Pacific Ocean

"But I'm not going to let that stop me!" she concluded, adding "I'm planning to run a monitoring campaign with the MWA this year — not just on this source, but on the entire galaxy. If we can find one of these sources when it's still active, we can point to it with telescopes all across the world and even in space, and that will give us the data we need to solve this cosmic mystery."