GLENDALE, Ariz. - Dozens of cows were let loose on the Loop 101 freeway in Glendale Friday morning after a crash involving a cattle trailer.

Officials say the vehicle had crashed into the median near the Maryland Avenue exit, and during the commotion, the gate to the trailer popped open and freed the cows.

Around 15 to 30 calves had escaped, according to the Arizona Dept. of Transportation. Workers say 109 cows were inside the truck.

The loose cattle blocked the southbound lanes for some time, but road workers were successfully able to corral the creatures to the right shoulder of the freeway.

The cow owners are working on getting to the crash site in order to load the cattle onto another trailer.

No injuries were reported. The HOV exit ramp at Maryland Avenue is closed.

About a dozen cows were let loose on the Loop 101 freeway in Glendale Friday morning after crash involving a cattle trailer.

We have the latest on a Loop 101 crash that ended with dozens of escaped cows on the freeway. 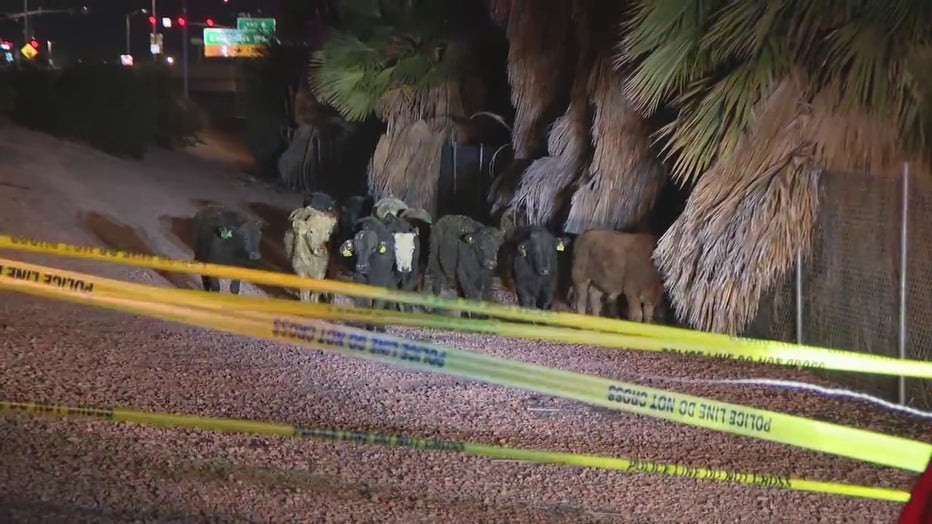