PHOENIX - A ski trip without the hassle of actually driving to the resort.

From the Valley to the high country, shuttle company Desert Snow Connection will bus you up to Snowbowl or Sunset.

"Folks that normally don't get the opportunity to drive up on their own, whether it's because they don't have a truck or whatever the case, it gives them an opportunity to get on a bus, relax and then go up there and enjoy the day," Jose Aguilera said.

It works just like a plane ticket. Folks can buy their shuttle ticket online and shop up at one of the pickup points in north Phoenix or Mesa.

Early this morning, passengers loaded onto one of the shuttles in Phoenix, excited for a day at the slopes. 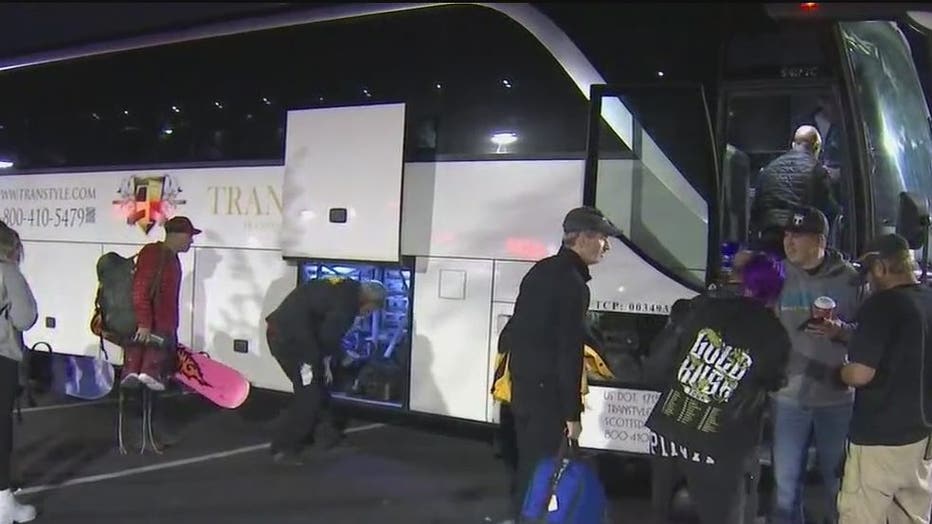 "I don't have to be behind the wheel, so it's so much better," Austin Montano said.

"I'm going by myself. My wife can't come -- she's got a bad knee. She can't go, so I can hop on this and have a snooze on the way up and I don't have to drive on the way back when it's two and a half hours after a day of skiing," Jeff Johnson said.

"It's been a while since I've taken a bus," Elan Dahan said.

"It's such an easy trip," Montano said. "There's trivia in the bus, so it makes it so much fun."

"That's great, you don't have to drive, so you can rest a little bit there and on the way back," Dahan said.