Designed for battlefield, Arizona-built Tomcar now put to use in a variety of ways

A new off-road vehicle, originally built for the battlefield, is now on the market to cater to the off-roading community. FOX 10's Danielle Miller reports.

PHOENIX - In Arizona, there is a very large off-roading community, and a new off-road vehicle is on the market to cater to them.

This off-road vehicle was born on the battlefield, but it is now manufactured in the Valley. 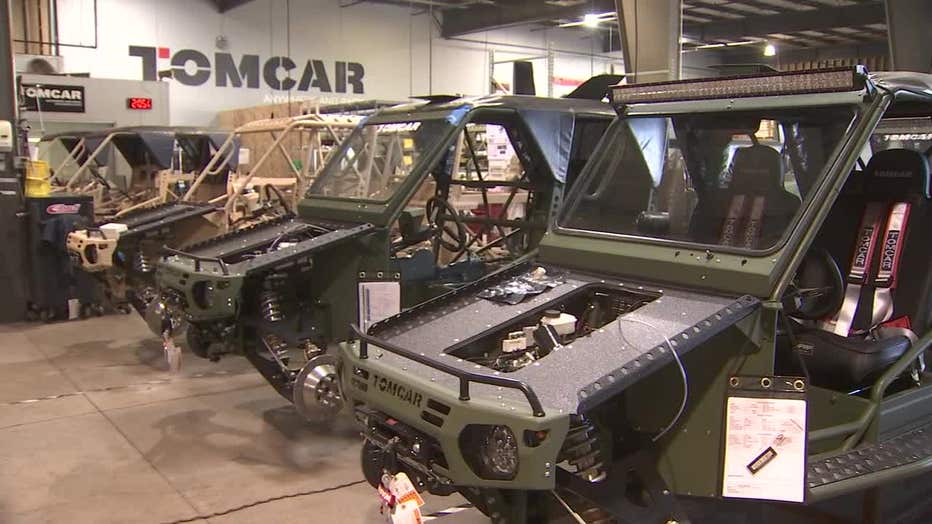 At the Tomcar factory in Phoenix, it's a busy day as usual, as the 4x4, all-terrain TX model is ready for the mass consumer market.

At least one per day is manufactured and ready for purchase. 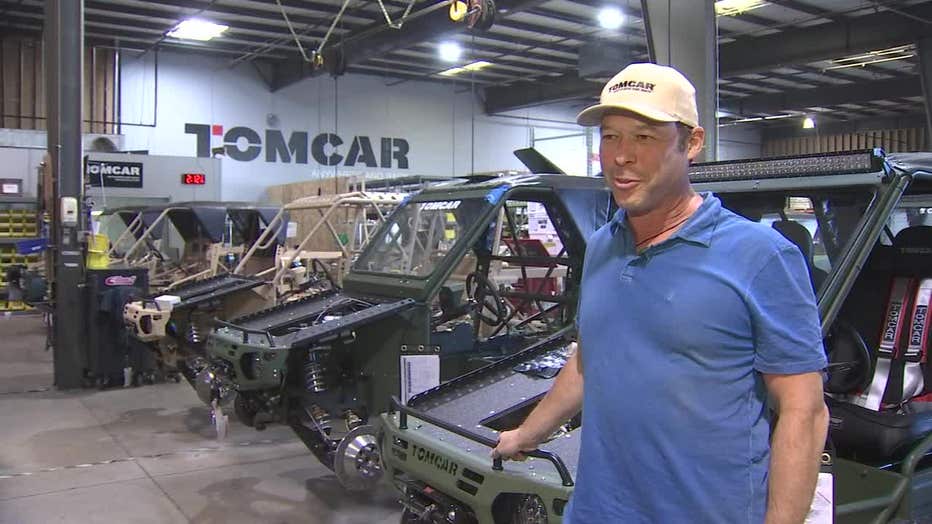 "It's very labor-intensive," said Ram Zarchi, CEO of Tomcar. "Each car is manually made and all the labor, 100 percent of the labor is done here in arizona."

The Tomcar has military DNA. It was originally created for use by the Israeli Army, by a special forces officer.

"The idea was to develop a highly survivable, highly dependable platform that could carry a lot of payload," said Zarchi. "100% payload is normally our target, over rough terrain, over extended periods of time without support." 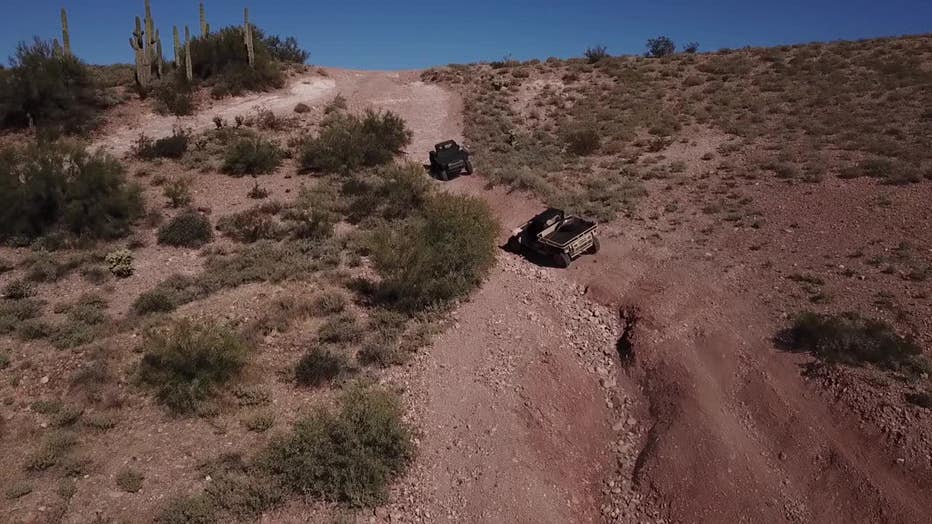 That special forces officer who created the Tomcar is Zarchi's father. Zarchi himself has taken his father's creation from the battlefield to the desert.

"You can get either get a single cab with two seats, or a double cabin with four seats, a big cargo bed or a very big cargo bed," said Zarchi. "Also, you can choose between three powerplants: gas, diesel or electric."

People from several industries are already adding the vehicle to their fleet.

"Getting pretty popular in the movie business. Our electric cars are being used by several production companies to shoot the big-budget movies. That enables them to shoot in the hard terrain and carry thousands of pounds of cameras, but also because it's electric they can drive on the sound stage," said Zarchi. 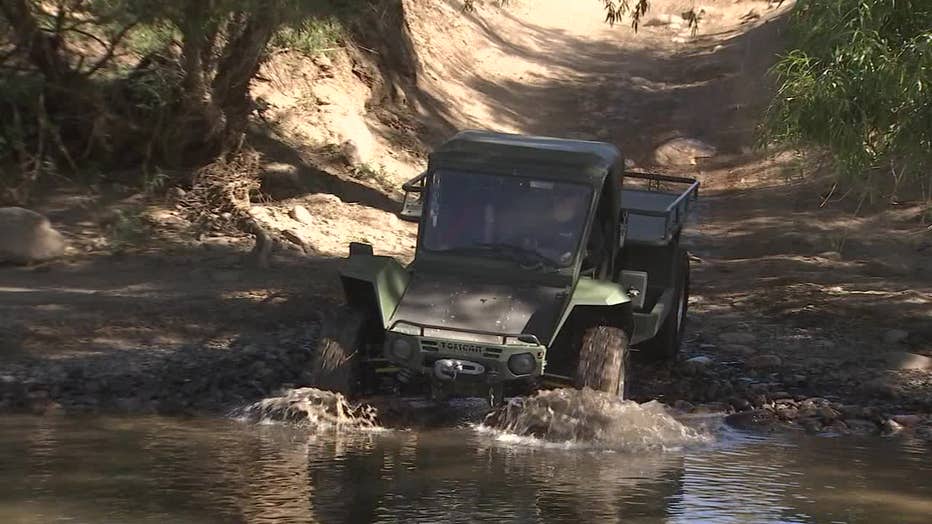 The Tomcar is pretty much made to take anyone, anywhere and back.

"With these vehicles, you can be a complete novice, you've never been off-road and with a few minutes of orientation, you can maneuver and have real adventurous trail riding where normally, you'd be a little more cautious to try those," said Zarchi.