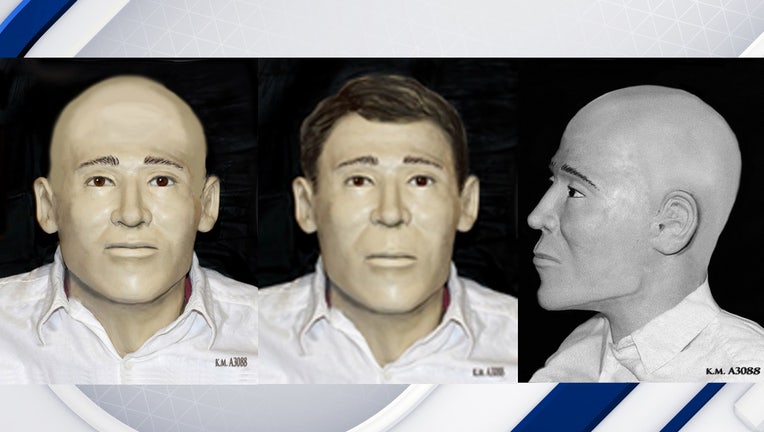 Two new facial reconstructions of the person without hair were completed. (YCSO)

YAVAPAI COUNTY, Ariz. - Skeletal remains were found near Juniper Woods Ranch between Ash Fork and Drake and the Yavapai County Sheriff's Office says the person is believed to have been living in the Phoenix metro area and likely the victim of a homicide.

"The subject had dental restorations including multiple enamel pearls. It is believed the subject had been deceased for up to one year at the time the remains were found," stated YCSO officials.

According to YCSO's Dwight D'Evelyn, "Recent information has come to light that the subject may have been bald. Previous releases depicted the subject with hair."