About 100 retirement home residents were evacuated while firefighters worked on a fire call near 12th and Washington streets the night of Dec. 8.

PHOENIX - Phoenix firefighters responded to a fire at a retirement home in downtown on the night of Tuesday, Dec. 8.

The fire broke out in the building's third floor near 12th and Washington streets around 8 p.m., causing an evacuation of a retirement home of about 100 residents.

"Firefighters made their way to the third-floor unit and found a small kitchen fire with minor extension to the cabinets," the fire department said.

Crews found an unconscious woman on the floor. She was taken to the hospital and is in "extremely critical condition." 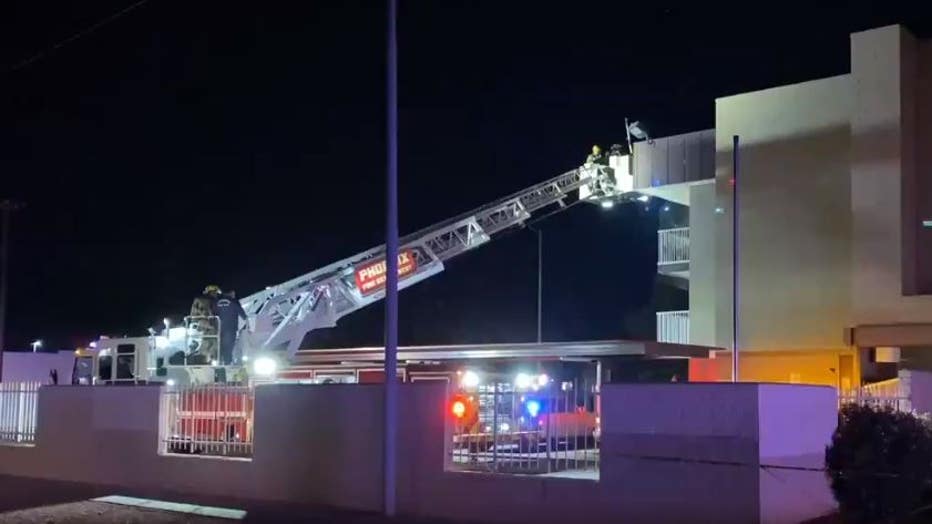 Courtesy of the Phoenix Fire Department