PHOENIX - The Department of Public Safety is investigating a fatal crash involving a pedestrian on Interstate 17 southbound.

Troopers say a pedestrian appears to have walked into the southbound lanes of I-17 at Jomax and was struck by an oncoming vehicle. The pedestrian died at the scene.

During the investigation, all lanes will be restricted, except the HOV lane.

No further details have been released. 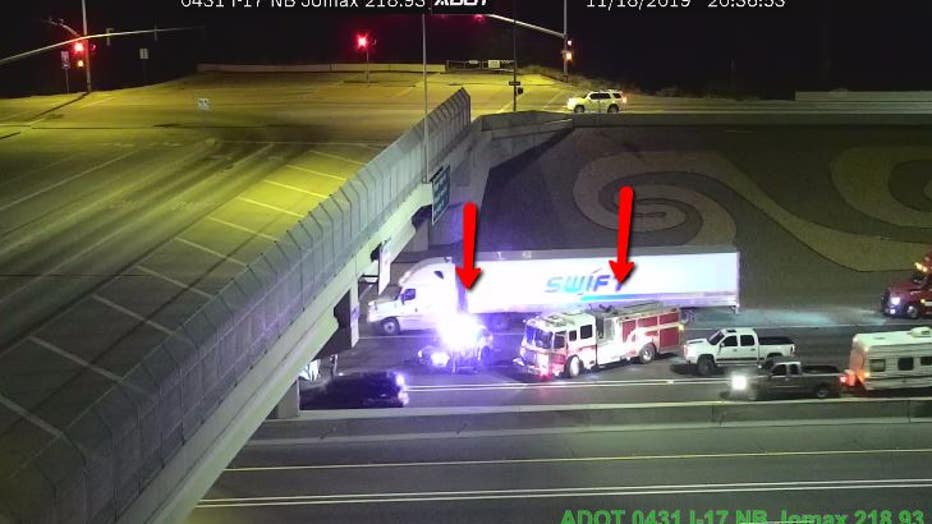