DPS: Tesla on Autopilot crashed into patrol vehicle on Interstate 10

The California driver of a Telsa says his car was on autopilot when he crashed into a DPS trooper's car. Luckily the trooper was not inside the car.

NEAR BENSON, Ariz. - A Tesla on Autopilot rear-ended an Arizona Department of Public Safety patrol vehicle that was at the scene of an earlier crash on eastbound Interstate 10 near Benson on July 14.

DPS says the sergeant was not in the vehicle or injured.

"The impact caused the patrol vehicle to collide with the back of an ambulance, but fortunately, the occupants of the ambulance weren't injured," stated DPS officials on Twitter. 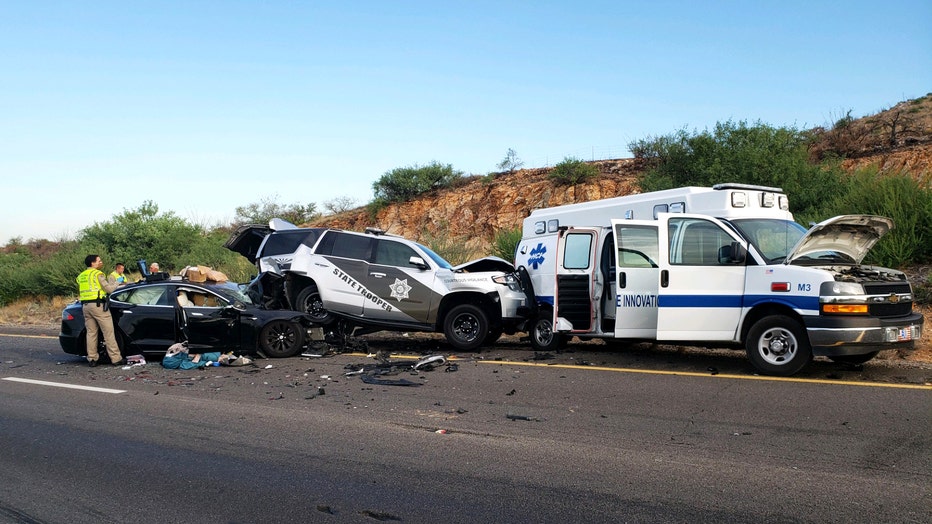 The Tesla's driver has non-life-threatening injuries and DPS confirmed that he indicated the vehicle was on Autopilot at the time of the collision.

The driver's name wasn't released, but DPS stated, "Additionally, the driver, a 23-year-old male from Irvine, CA, is being investigated for DUI."

DPS is reminding motorists to slow down and move over when you see flashing lights and vehicles stopped on the side of the road. "It's the law and it helps everyone get home safely."