Charles Cosgrove, a 10-year veteran of the Buckeye Police Department, was arrested following an internal investigation that allegedly found that he used law enforcement databases to access personal information and the criminal history of multiple people.

BUCKEYE, Ariz. - A former Buckeye Police Officer has been indicted for illegally accessing personal information from multiple people, including ex-girlfriends and other members of law enforcement, the department said.

Charles Cosgrove, a 10-year veteran of the Buckeye Police Department, was arrested on Monday following an internal investigation that allegedly found that he used law enforcement databases to access personal information and the criminal history of multiple people.

Court documents revealed that he had looked at the personal information of numerous female victims, including "friends, prior girlfriends, people he had dated or hung out with, or people he had encountered while working."

Some victims were also current officers and Buckeye city employees.

The investigation began on May 4 when a department supervisor came forward with concerns of potential misconduct related to Cosgrove.

Cosgrove resigned from the department on June 14. A week later, Buckeye Police submitted its investigation to the Maricopa County Attorney's Office. On July 26, a grand jury indicted Cosgrove for 21 counts of perjury and five counts of unauthorized access of criminal history.

"He denied any activity other than obtaining their information for his own purposes," court documents read.

"The Buckeye Police Department takes allegations of misconduct very seriously," Interim Police Chief Bob Sanders said. "As a result of this investigation, the department has implemented quarterly audits to ensure officers are accessing sensitive information for legitimate criminal justice purposes only. We take pride in serving with integrity and respect. Any officer who violates the community’s trust will be held accountable." 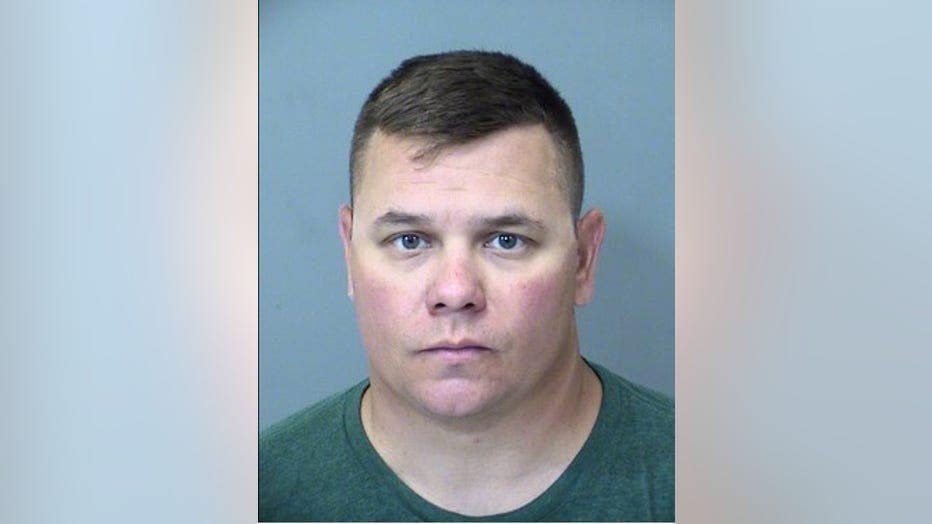