WASHINGTON - A Facebook scam making the rounds will have you thinking twice before hitting the "accept" button on a friend request.

It is a simple concept: a scammer steals Facebook pictures and information from a legitimate page to create a clone page. The con artist then connects with that person's friends and tries to get money or information for identity theft.

It happened recently to a Montgomery County man. Zeus Mitchell Paredes said someone took his unique name and his profile picture and created a new account.

"My friends were saying, 'Hey, somebody created a fake Facebook profile of you with your picture,'" Paredes said.

He said the imposter sent friend requests to his Facebook friends and started sending them messages.

"One of my friends said they were also asking for money," said Paredes.

Cyber experts said it is an easy way for scammers to prey on people.

"They will say things like, 'Oh, I'm out of state or in another country, and I lost my wallet. Can you send me $5,000 or $500?'" said Reginald Corbitt, who runs a cyber security organization called SafeCyber.

He said older adults may be more likely to fall for the con, especially if a child or grandchild appears to be the one asking for money.

Corbitt said scammers may also be after personal information.

"They will groom you and talk about general conversation and, over time, they will start asking more personal questions," Corbitt said.

The bottom line - be careful when you when you get a friend request from someone you think you are already Facebook friends with. Do not just assume the person started a new account or got off Facebook for a while.

"If you want to verify that it is a fake page, you can contact Facebook and Facebook will go through its process of verifying or removing that page," said Corbitt.

Paredes said his fake profile was quickly taken down and he does not think any of his friends fell for the scam. He put up a post on his real page letting his friends know what happened.

If you want to see if your profile has been cloned, save your profile picture on your computer and then go to Google Images. Hit "search by image" and upload the photo to see all the web pages associated with the photo. 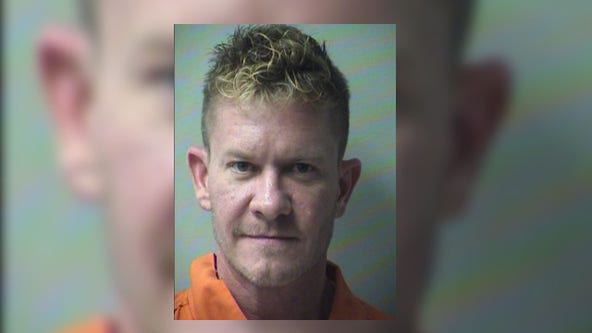