PHOENIX - A United States postal worker is dead and another person has serious injuries after a crash in Phoenix on Tuesday night, police said.

Sgt. Ann Justus with Phoenix Police said the crash happened at 6:18 p.m. on Nov. 2 near McDowell Road and 52nd Street when a USPS vehicle that was pulled over to the side of the road was hit from behind by a box truck. Following the crash, the USPS vehicle caught fire once the victim was out of the vehicle.

The driver of the USPS vehicle, identified as 59-year-old Michael Blanton, was pronounced dead at the scene.

The 35-year-old driver of the box truck was hospitalized with serious injuries.

"We are all shocked and grieved at the loss of our coworker and friend," said Phoenix Postmaster Tina Sweeney in a statement. "Michael was an employee that faithfully served the local community since 1995. He will be terribly missed." 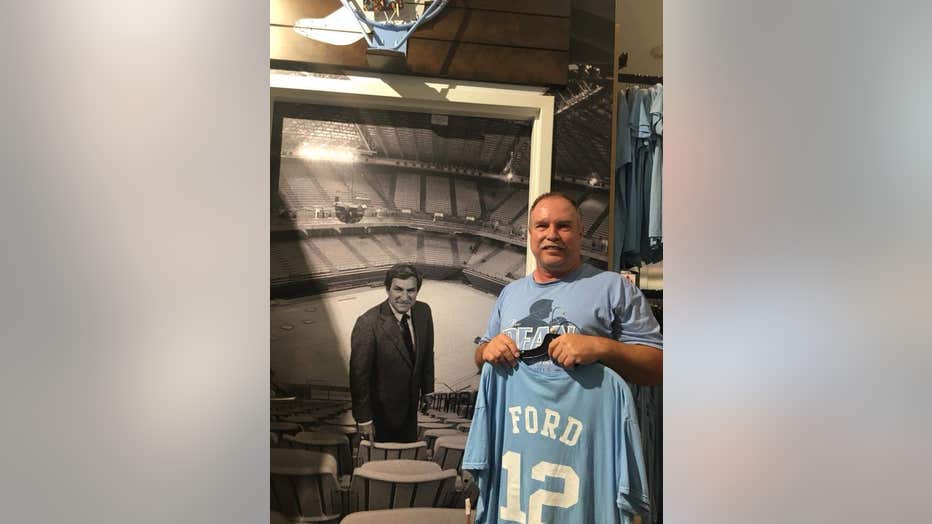 "Preliminary information indicates there were no obvious signs of impairment for either involved party," Sgt. Justus said in a statement.

As the investigation continues, family and friends are remembering Blanton.

"Very shocking. Nothing that we ever expected as a mail carrier, he would pass while he was working," said Blanton's widow, Andrea.

Blanton played slow pitch softball, and on Nov. 5, his loved ones say he is absolutely with them, in spirit, on the field.

"He would be totally OK with us out there playing today because he loved to play ball," said Andrea.

Blanton worked as a U.S Postal worker for 26 years, and he was even his daughter's mailman. His daughter, Jordan, said her father always delivered.

"That was really special. I just see the mail truck and I'd go talk to him and be like 'how's your day?' and he'd ask me about my day, and those are really sweet moments, and I saw a truck today and was like, it's not my dad," said Jordan.

Blanton and his wife had plans to go to Las Vegas for the 30th wedding anniversary, hoping an Elvis impersonator would help renew their vows.

"It's silly, but that's just the stuff he loved to do," said Andrea.