Arrest made in shooting at Wild Horse Pass Casino

Johnathan Lorenz has been arrested on first degree murder charges after a shooting at Wild Horse Pass Casino last week.

CHANDLER, Ariz. - Police say one man is dead and a suspect was arrested following a shooting in the parking garage at Wild Horse Pass Casino near Interstate 10 and Wild Horse Pass Boulevard.

According to Gila River Police, the shooting stemmed from an incident involving a man and a woman, and the woman's significant other.

"Appears to be a domestic situation where a man found his significant other with another man," police said on April 15. "At some point, one of the men was shot and died. A male suspect is in custody."

The victim was identified by police as 52-year-old Phillip Bachelder. 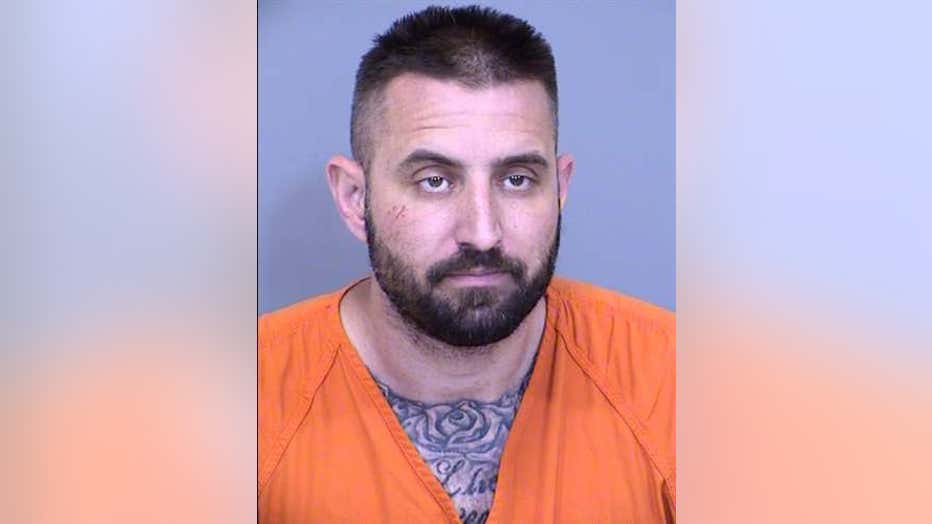 The suspect, 37-year-old Jonathan Lorenz, was booked into jail following his release from the hospital. He is accused of first-degree murder and aggravated assault.

The woman was not injured.

Police officers were at the scene investigating an unrelated case

Chandler Police officers were reportedly at the scene on the night of the incident to investigate a stolen car case. Officers reportedly heard gunshots coming from one level down, and stumbled upon what happened.

Video taken moments after the gunfire shows police and EMTs at the scene, with one man dead and a crying woman being led away in handcuffs.

The person who shot the video goes by the name "Darkhorse Lionheart."

"A lot of commotion going on. It was still a fluid situation," said Lionheart.

According to police, Lorenz tracked his ex to the casino using GPS, and laid in the bed of a pickup truck to wait. When he saw her with another man come out, he came up shooting.

Police say while Lorenz fired at his ex, his gun jammed.

"I heard screaming from a female. Turned out she was being locked down by the Gila River police officers.  She was handcuffed," said Lionheart.

Then, a shootout started between law enforcement and Lorenz. As he ran away, he stumbled several times and dropped his gun. An officer hit him with a taser, and Lorenz was taken into custody.

The incident happened as casino customers were coming and going, seemingly unaware of what just happened.

According to police reports, Lorenz and his ex had recently split up. She said he had been dropping by her house on announced, had vandalized her vehicle, and that he was tracking her using an app on his cell phone.

Family members of Phillip Bachelder, who was killed at a parking garage at Wild Horse Pass Casino on April 15, say he was dedicated to helping others in need.

As the investigation continues, Bachelder's family are remembering the man as a hero. They say his life was devoted to helping others above himself.

"He died the way that he lives: like Superman. That's what he did," said Blue Oppen, Bachelder's brother. "If you needed help, Phil was there."

Lorenz's ex was Bachelder's best friend's sister. On the night of the shooting, Bachelder's friend called him to say that his sister was in trouble. Oppen says he was talking to Bachelder as he was driving to meet with this woman at what would become the shooting scene.

"He went in front and took her bullets," said Oppen.

Oppen says Bachelder had spent much of his life in prison, but later became successful. He also dedicated most of his money to helping others in need.

Man accused of killing roommate says it was an accident; victim's family begs to differ

The suspect, 59-year-old Jeffrey Mallet, said it was an accident, but family members of the victim don't agree with Mallet's claims. FOX 10's Justin Lum spoke with Mallet.

Chandler Police officials announced on April 21 that a man has been arrested after a short standoff in Mesa for his alleged involvement in a robbery incident involving jewelry earlier in the week.