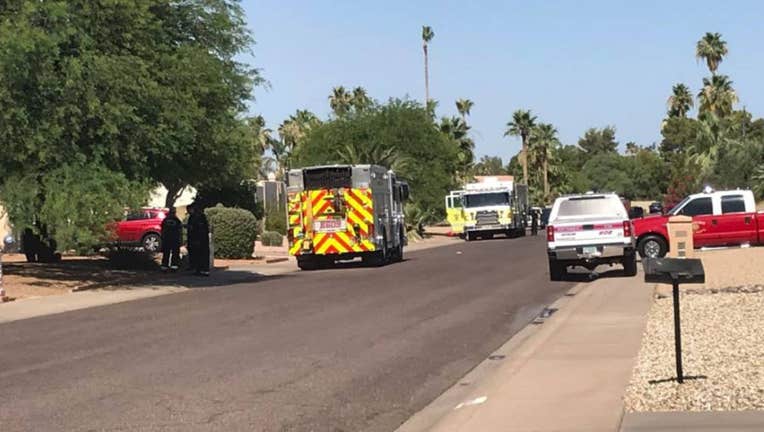 PHOENIX (FOX 10) - An elderly couple and one firefighter were hospitalized after carbon monoxide leaked into a home from a running vehicle.

Phoenix Fire says a unit from Scottsdale Fire responded to a home near 64th Street and Thunderbird for reports of an elderly female experiencing head pain, shaking, and nausea. The crew found both her and her husband were experiencing the same symptoms.

Fire officials say one of the firefighters began experiencing similar symptoms shortly after arriving, and then a hazardous material response was initiated.

Crews determined that a vehicle in the garage was left running, possibly overnight, and emitting exhaust into the garage and home. They were able to stabilize the situation and ventilate the home.

The couple and the firefighter were taken to the hospital and are in stable condition.